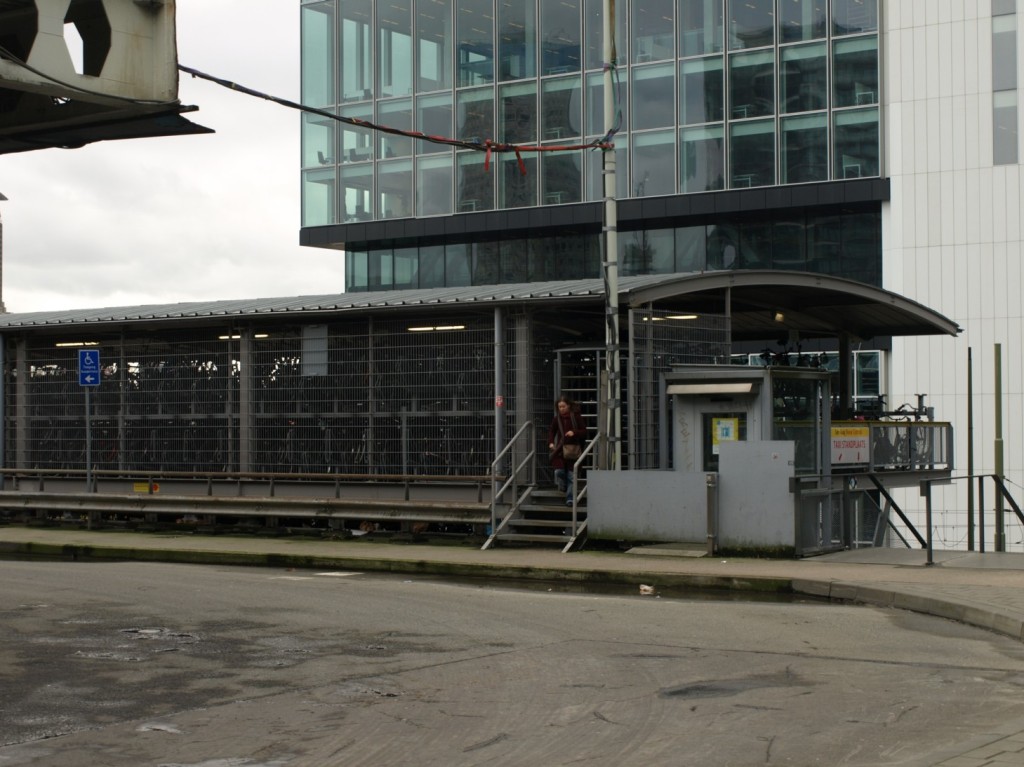 This is the public, free and unguarded bicycle storage behind Centraal Station at Rijnstraat, as seen in 2017.

It is in a small area that constantly slips from the attention of the city’s gentrifyers, while they are working hard on the area in front of the station to change that into a circus of zombie urbanism. 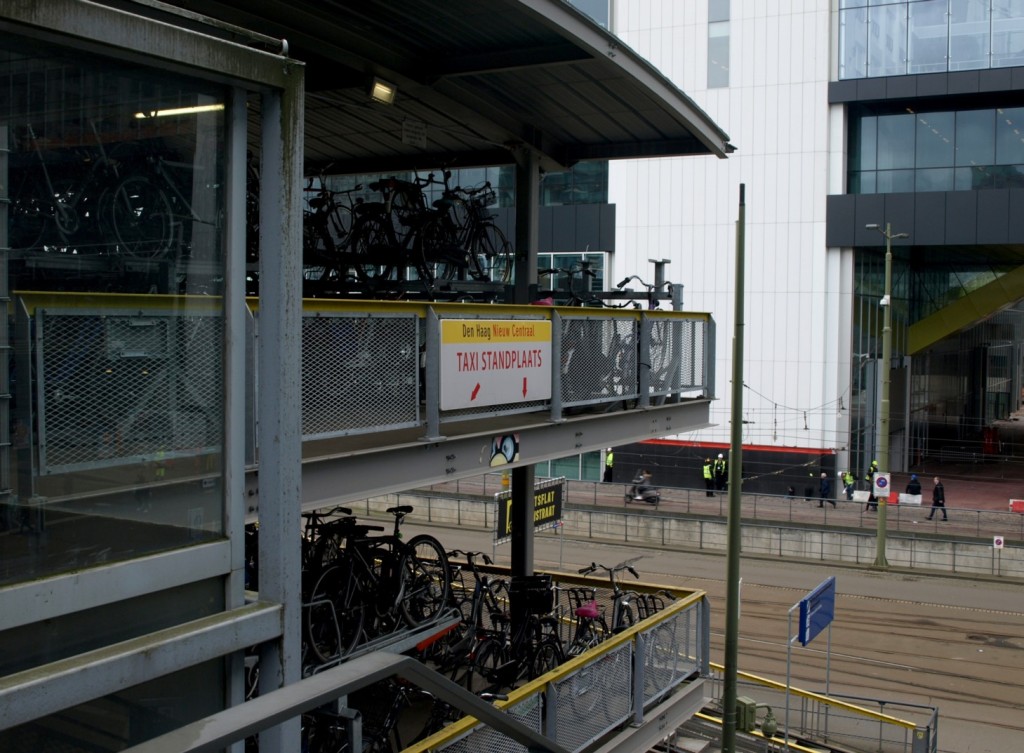 I must say the bike storage, or bike hotel as it is often called, and its surroundings are as ugly as ugly can be, but, in a way, i like it even more for it.

It has a gloomy character of greyness, of metal, concrete and of unruly traffic. 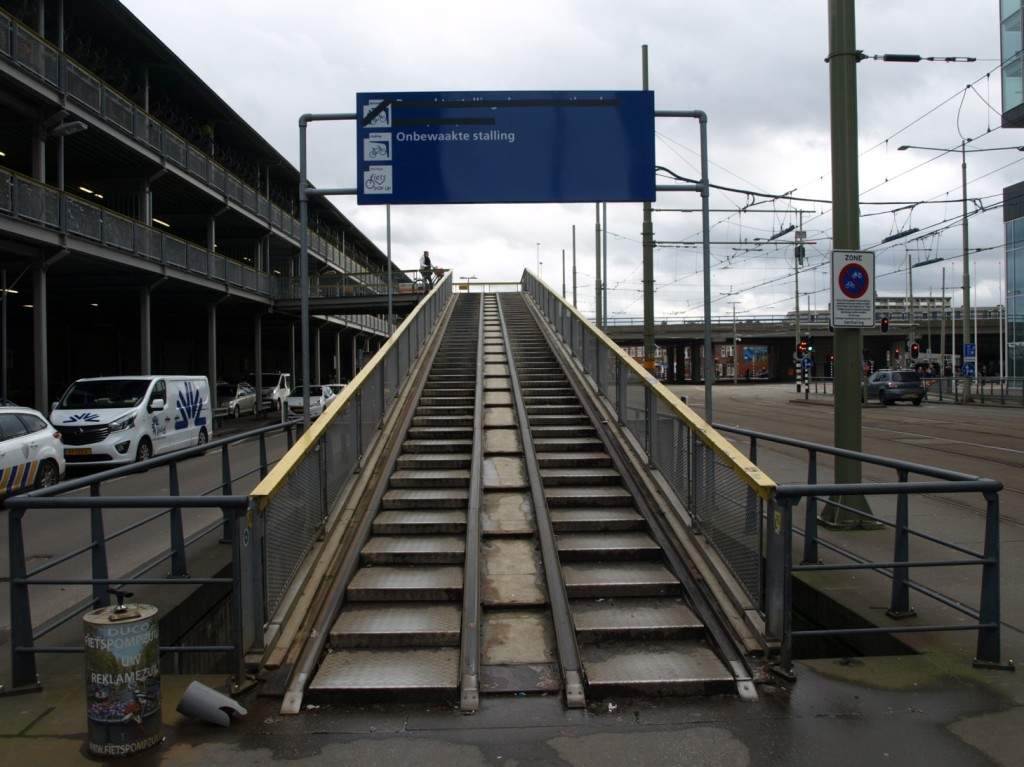 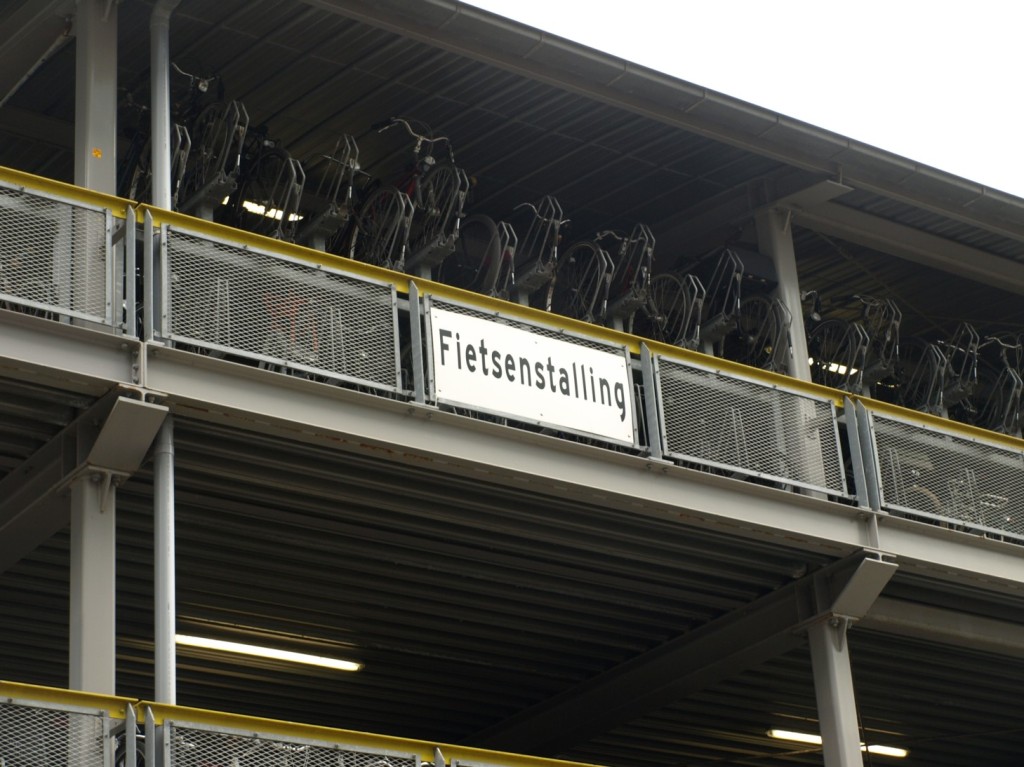 Under it are taxi ranks. 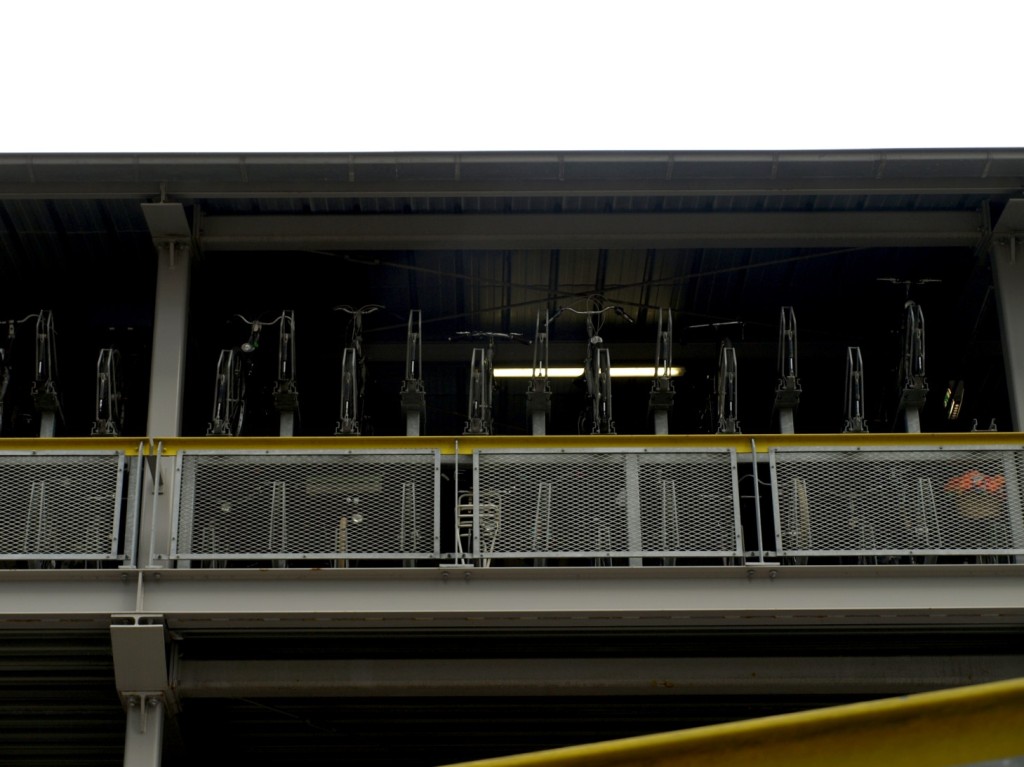 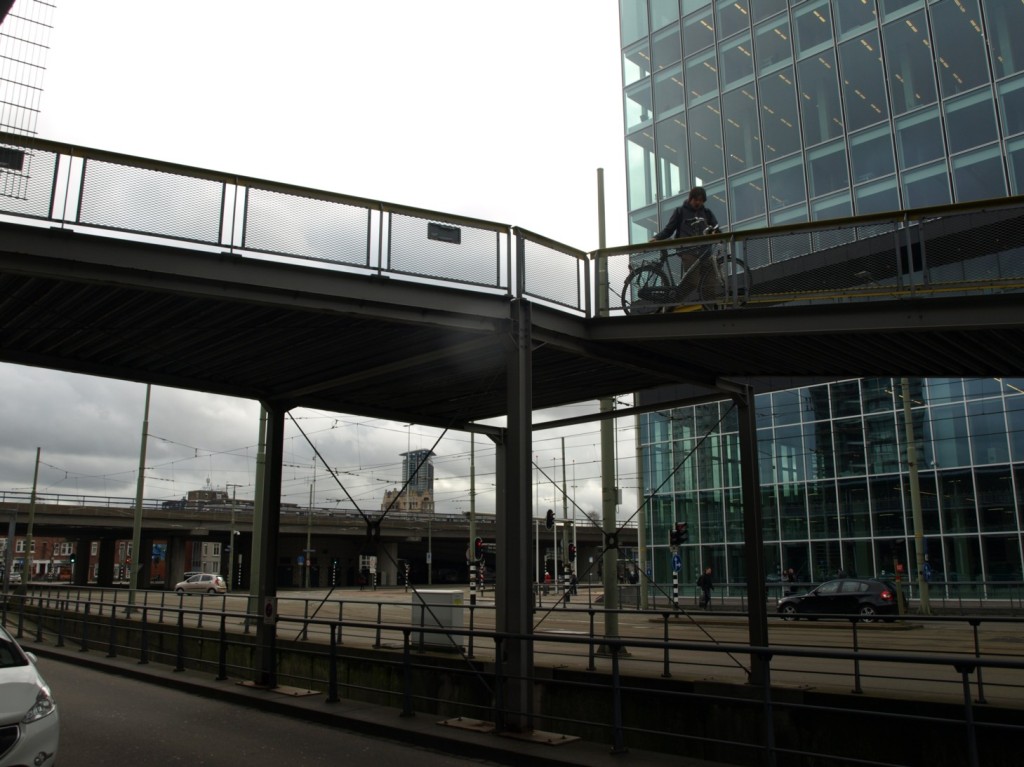 Some people leave their bikes in the storage as if it is an ominous asylum where you can leave your pet behind in anonymous solitude, while other bikes are just stolen. 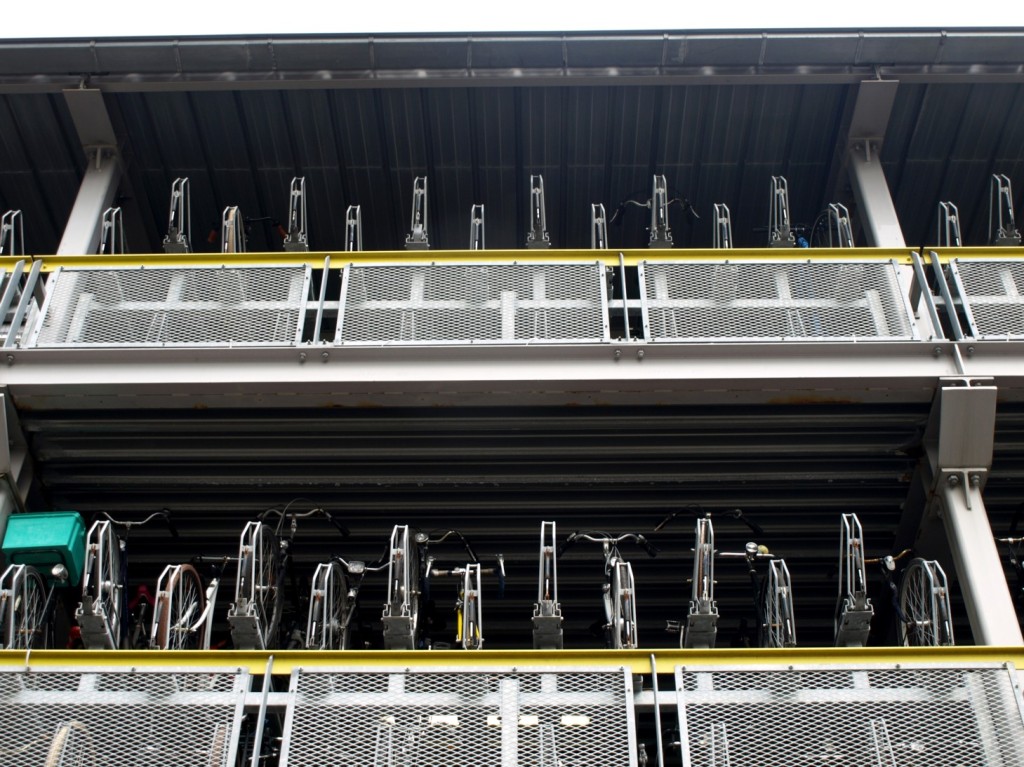 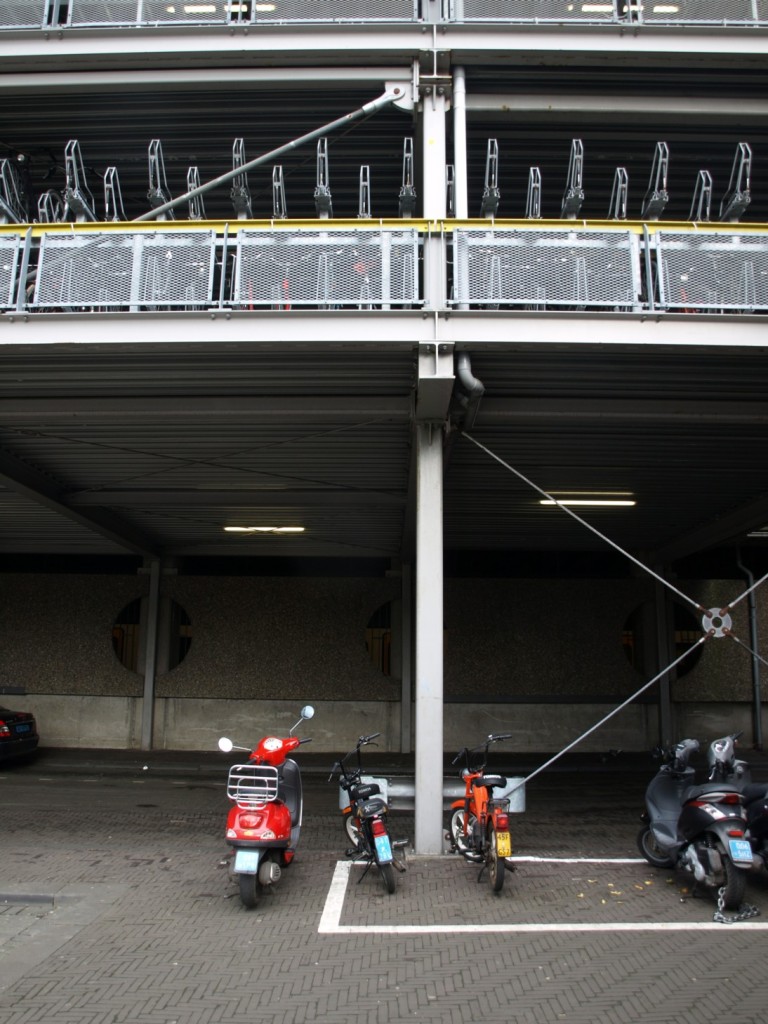 But most people store their bikes there just for a day to catch their train or bus to their work, and in spite of the somewhat sinister atmosphere you can quite safely do so. 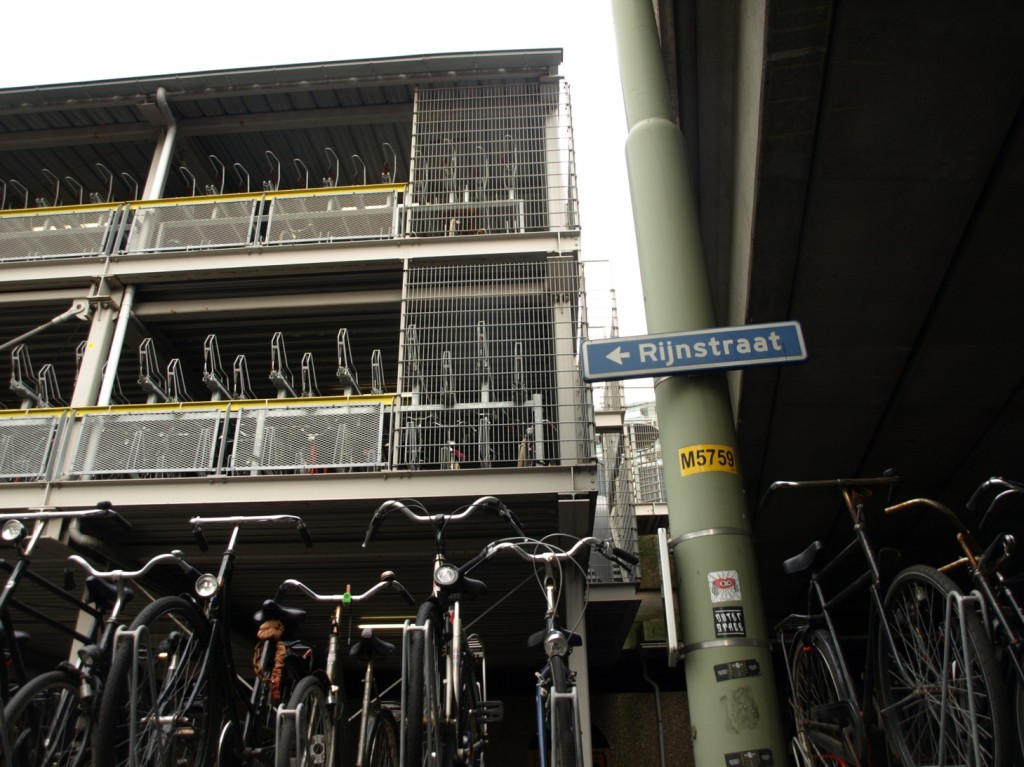 The bicycle is an almost integral part of the Dutch body and as bikes, being eco-friendly monsters, are becoming more important, earlier or later the town’s gentrifyers and managers will find a ‘solution’ for this rather grim place. 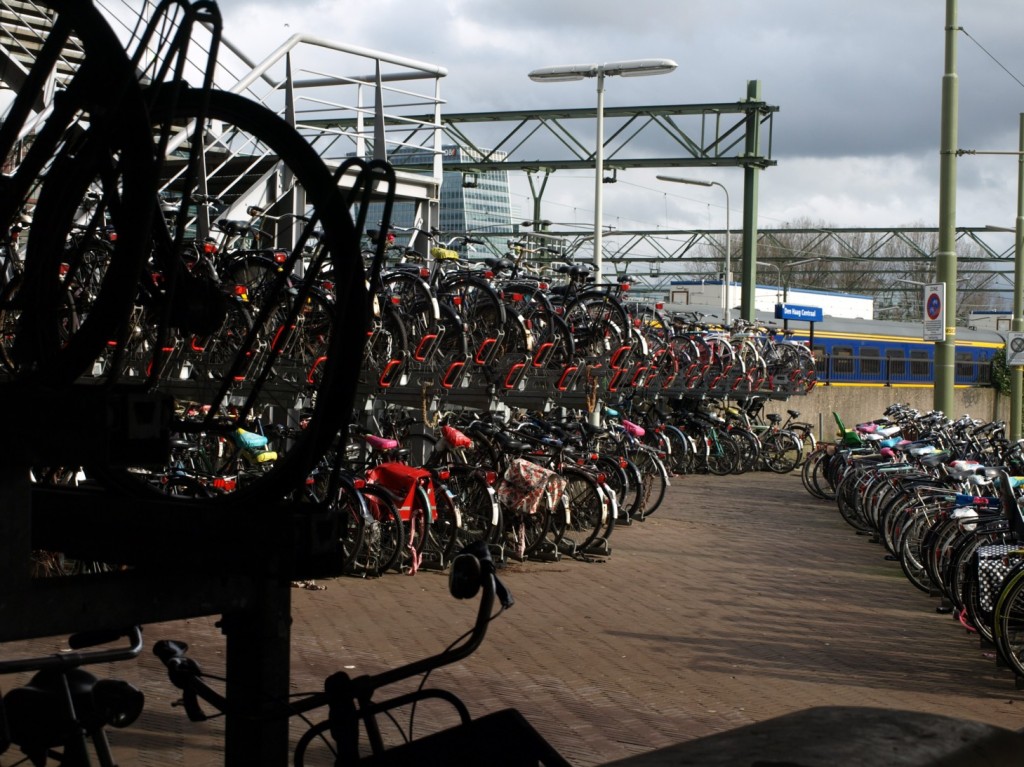 Let’s hope they won’t for now, as the more unsuspected, maybe even darker places of town are part of its ambiguous character.