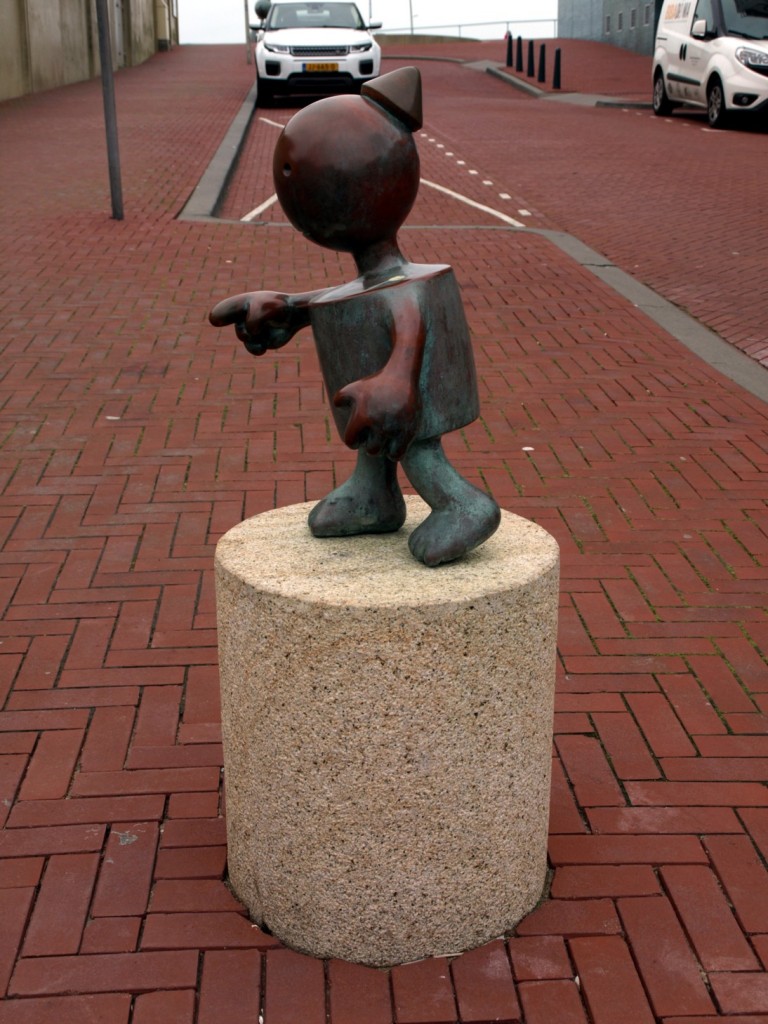 Otterness, who started his career with amongst others the questionable video Dog Shot Film in 1977, made this far more endearing small sculpture (2004) as part of a number of fairy tale figures along the coast next to the museum.

The small sculpture used to stand in front of the museum’s entrance, but was recently removed to stand more near his fellow sculptures, pointing towards the museum (as can be seen in the last pictures).