Design a site like this with WordPress.com
Get started
Skip to content
Bertus Pieters Exhibitions, Museums 29 March 201930 March 2019 7 Minutes

Dear Villa watchers/readers, i decided to extend my holidays as the weather is improving a bit and i must say i like the feeling of not being pressed.

What does your editor do when not visiting art exhibitions?

There were and are some interesting shows these days.

In England the brexit crisis is quickly gaining momentum, in this country a narcissistic  appendix has won the elections, but in the mean time i saw more important things.

Not in the least in the Centraal Museum in Utrecht where i visited the much touted exhibition Utrecht, Caravaggio and Europe. I am usually not an enthusiastic visitor of the Centraal Museum as i always find it a bit gloomy and depressing, in spite of its interesting collections.

Happily the caravaggists exhibition had nothing of that spirit.

Great painting was presented in a grand way.

As i had some time left in Utrecht i also visited the exhibition of the Münster Cathedral Treasure at Museum Catharijneconvent.

Highlight was the collection of medieval gold and silver reliquaries which were very well presented, although i must admit i am not a great fan of gold and silver objects, but it is the medieval awe and wonder these objects evoke i am really interested in.

The museum also tries to profit a bit from the upcoming Rembrandt mania this year by showing some smaller works from its own collection by masters from the sixteenth and seventeenth centuries, amongst which a very early work by the master himself.

The presentation of its own collection of medieval objects is probably the best one can think of, with some great pieces, including the loan from the Parisian Musée du Moyen Âge, the 15th century Saint Lambert triptych.

A lover of Old Egyptian art and aesthetics, i visited the Gods of Egypt exhibition at the National Museum of Antiquities in Leiden.

However, the educational aspect and the presentation of the objects and statues were so uninspiring that i preferred a stroll around the museum’s own Egyptian collection.

Even so i have my doubts about the presentations of these antiquities.

I am sure it wants all of that at the same time, but there is a kind of scientific objectiveness in the presentation that seems to deny the aesthetic specificity of these objects and their different contexts (both the archaeological, the historical and the present day).

Generally, how true is the story that Old Egypt was the great ancestor of our own present-day Western culture and that it should be appropriated as such? Why are antiquities other than Egyptian, Greek and Roman stored in another museum in Leiden? And how does this idea affect the quasi-objective presentation of the museum? 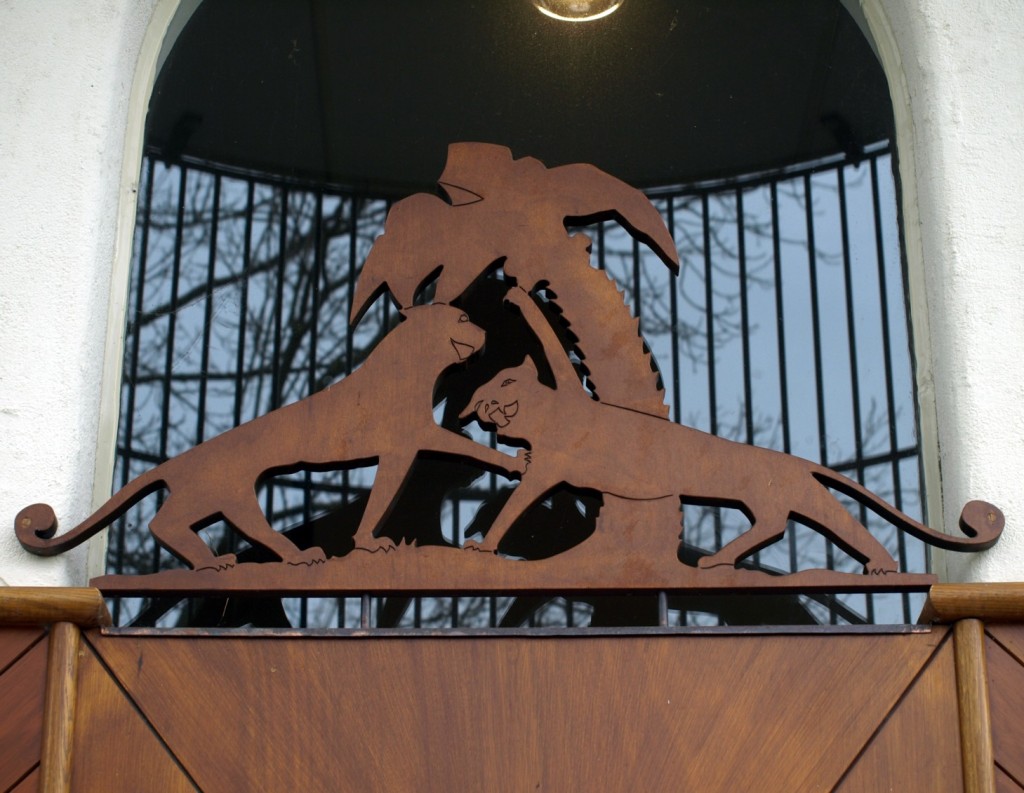 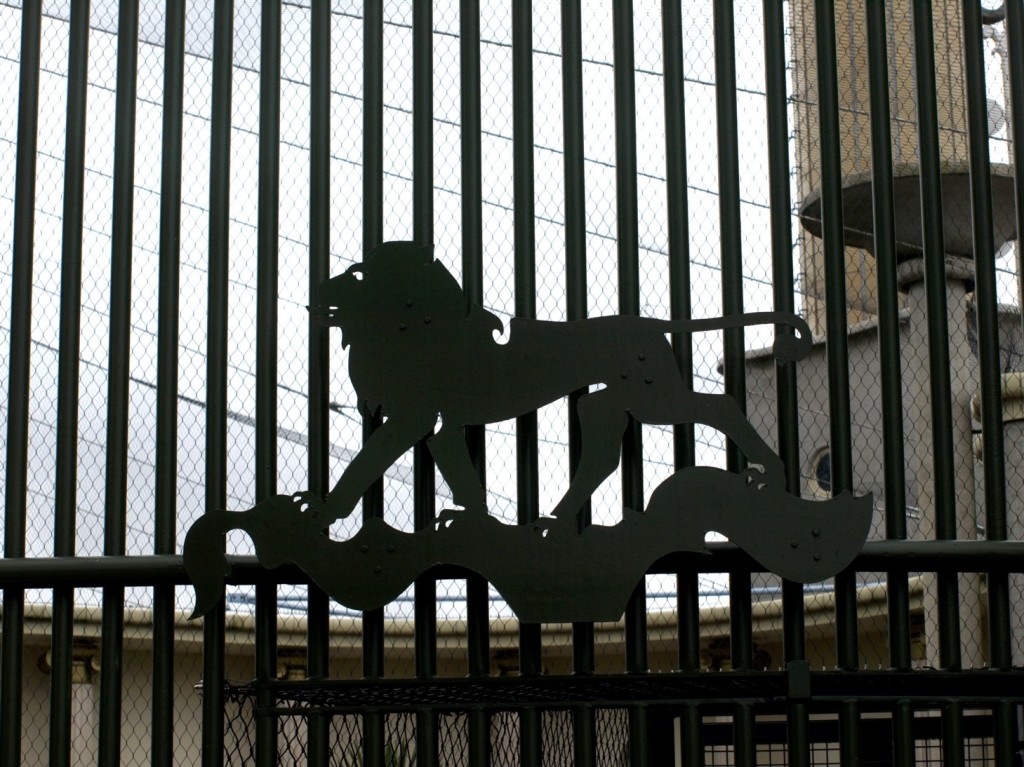 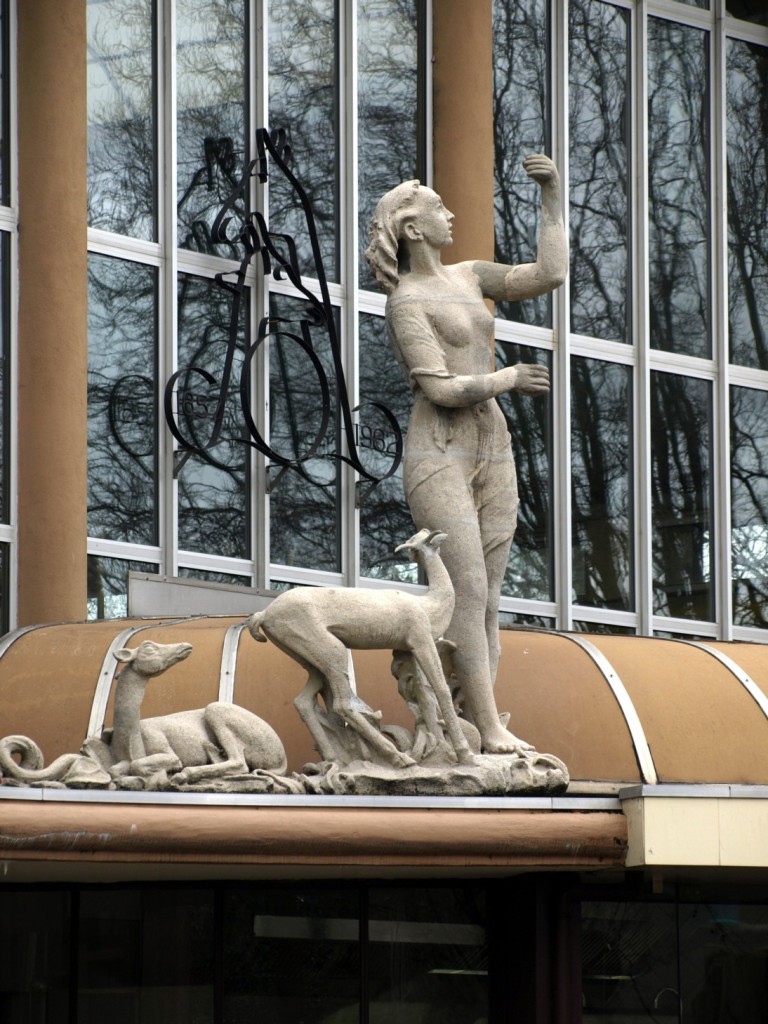 It still contains many buildings and decorations of Van Ravesteyn’s design in which modernism and neoclassicism were combined.

While the former Rotterdam zoo was only open to a small elite, the then new zoo opened to the general public, so the people had to be uplifted with both science, mildly modern neoclassical architecture and art.

Later on i visited Museum de Fundatie in Zwolle to see the exhibition Freedom , an exhibition compiled by critic and art historian Hans den Hartog Jager with fifty works by fifty Dutch artists of the last fifty years. There is more to be said about this interesting show, so i’ll reserve that for a more elaborate review in Villa La Repubblica (in Dutch) later next month. The building itself has been expanded with a strange and somewhat disturbing tumour on its roof.

Apart from being remarkable from the outside, from the inside it has created a lot of unpractical and intrusive space. But then, of course, the swelling has to elevate Zwolle far above its provincial roots. And naturally one can make a striking exhibition even in a murky shed.

Alas, that didn’t happen at the Stedelijk Museum in Schiedam in the exhibition Manzoni in Holland.

One can regard Piero Manzoni’s (1933-1963) tins with the artist’s shit as reliquaries just as the medieval reliquaries at Museum Catharijneconvent, but in Schiedam the museum doesn’t succeed in evoking the special euphoria of Manzoni’s time.

The exhibition has the atmosphere of a musty antique shop, it is an auction of grandfather’s estate.

The novelty of Manzoni’s works and his contemporaries doesn’t come to life and any link with present day Dutch art seems to have been avoided at all cost.

Such while this period has had an enormous effect on Dutch art making and appreciation today.

Manzoni in Holland is nothing more than nostalgia, a missed opportunity.

More interesting were the presentations of new acquisitions and….

To end this holiday report in a more or less nepotistic way here are two paintings by my brother which i saw in Spijkenisse where he is taking part in a group show.

Contents of photographs courtesy to all artists, owners, museums and galleries involved.