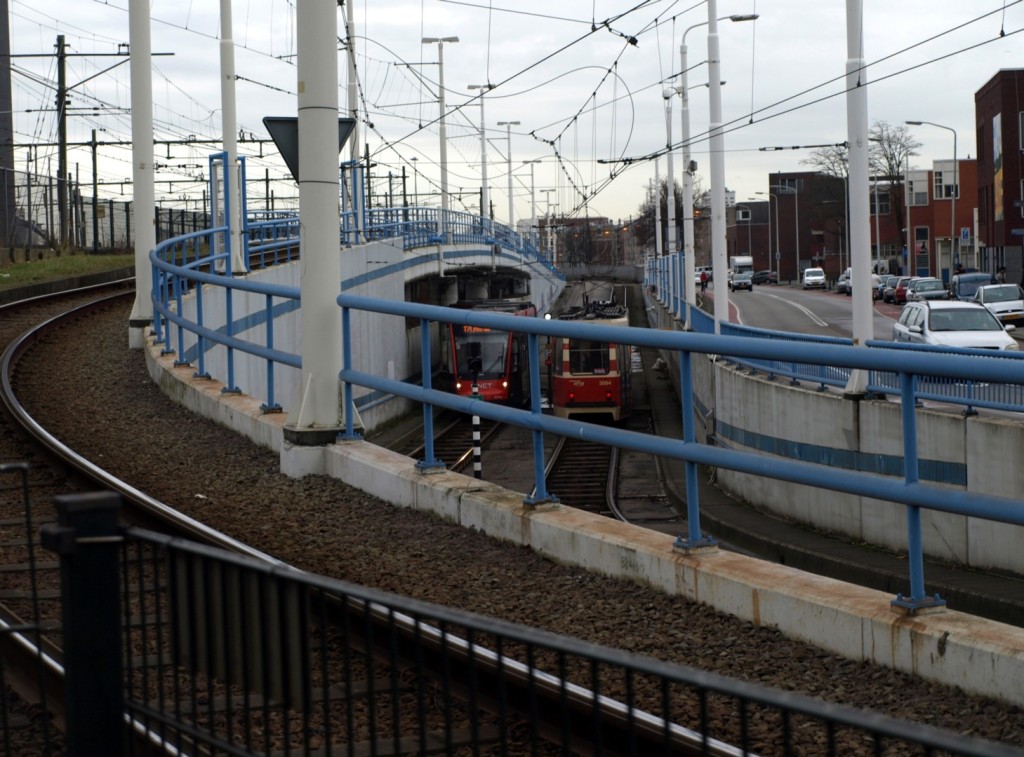 The railway line from Amsterdam to Rotterdam via The Hague was built in the mid nineteenth century, east of the city, outside the then built-up area. 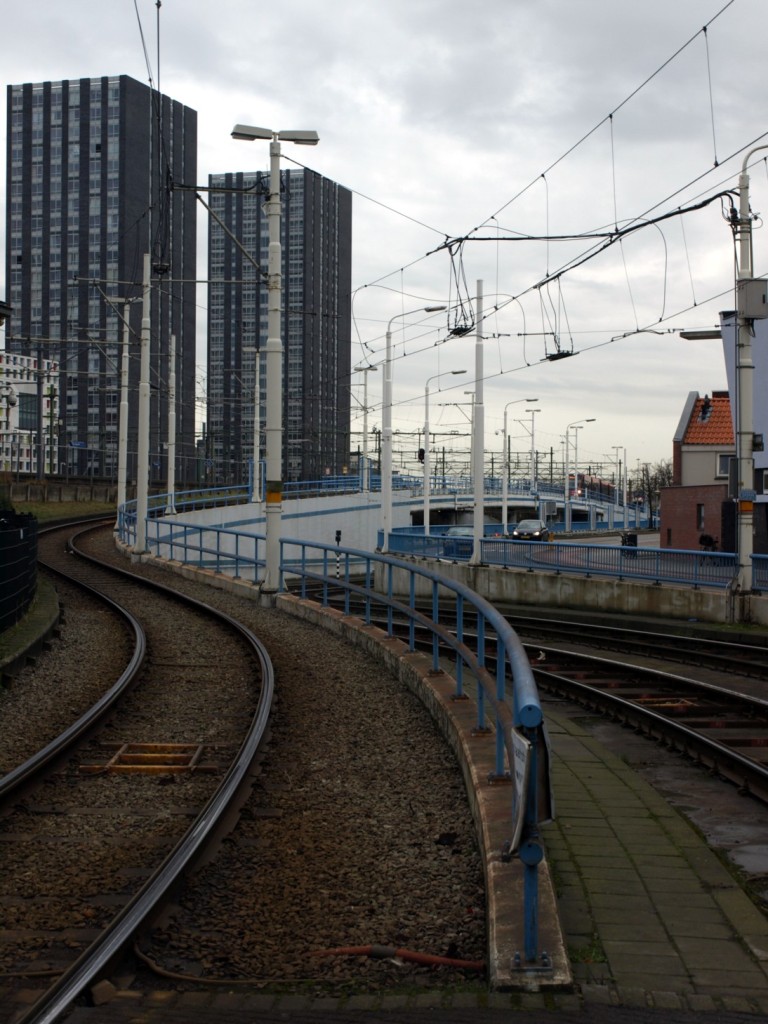 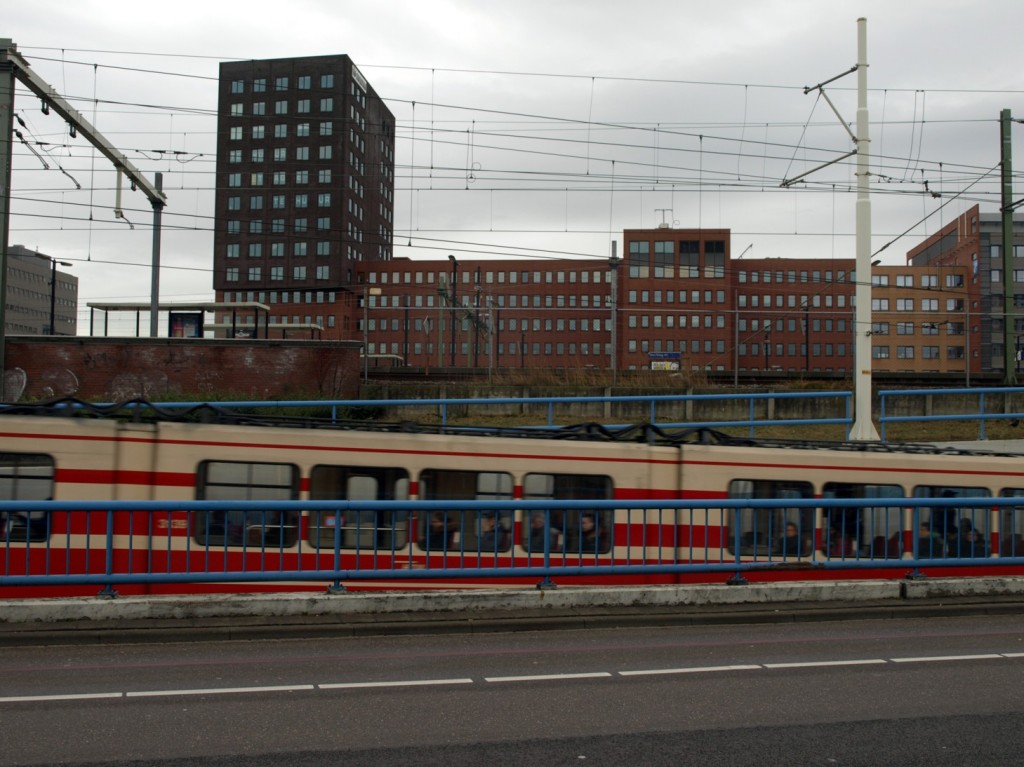 Nowadays, of course, there are many residential and industrial areas around and east of the railway.

These urban developments have caused many traffic problems, and here are some pictures of one of the solutions. 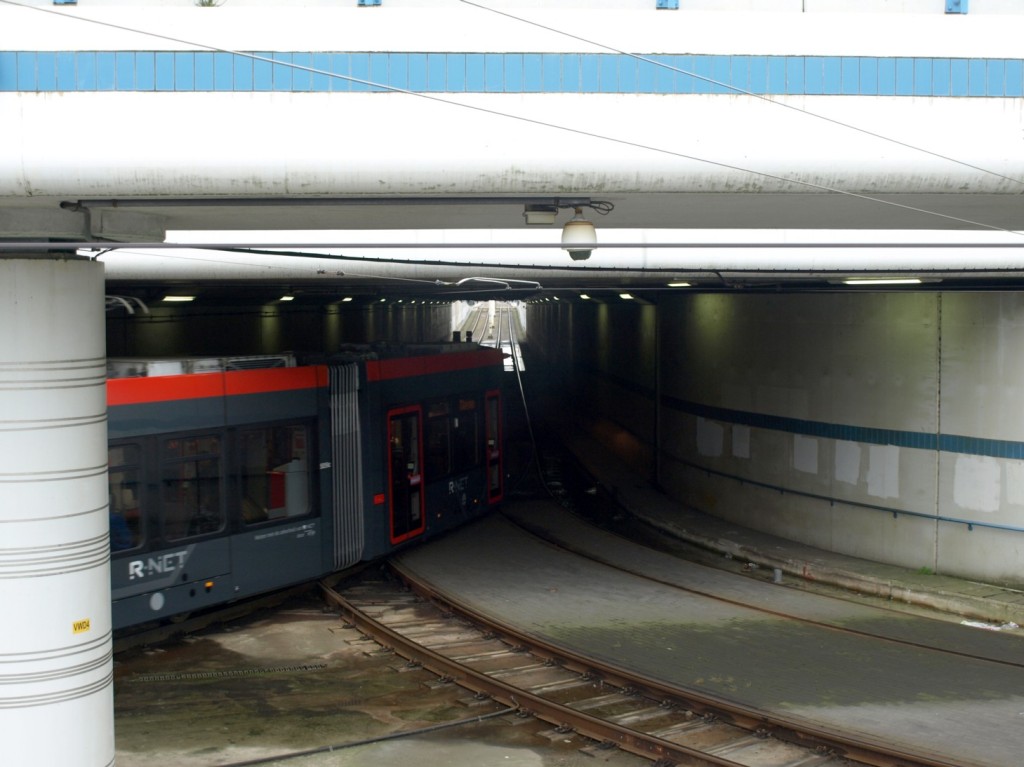 This is the tramway tunnel and crossing, just south of Hollands Spoor railway station, under and along the railroad, built in 1995. 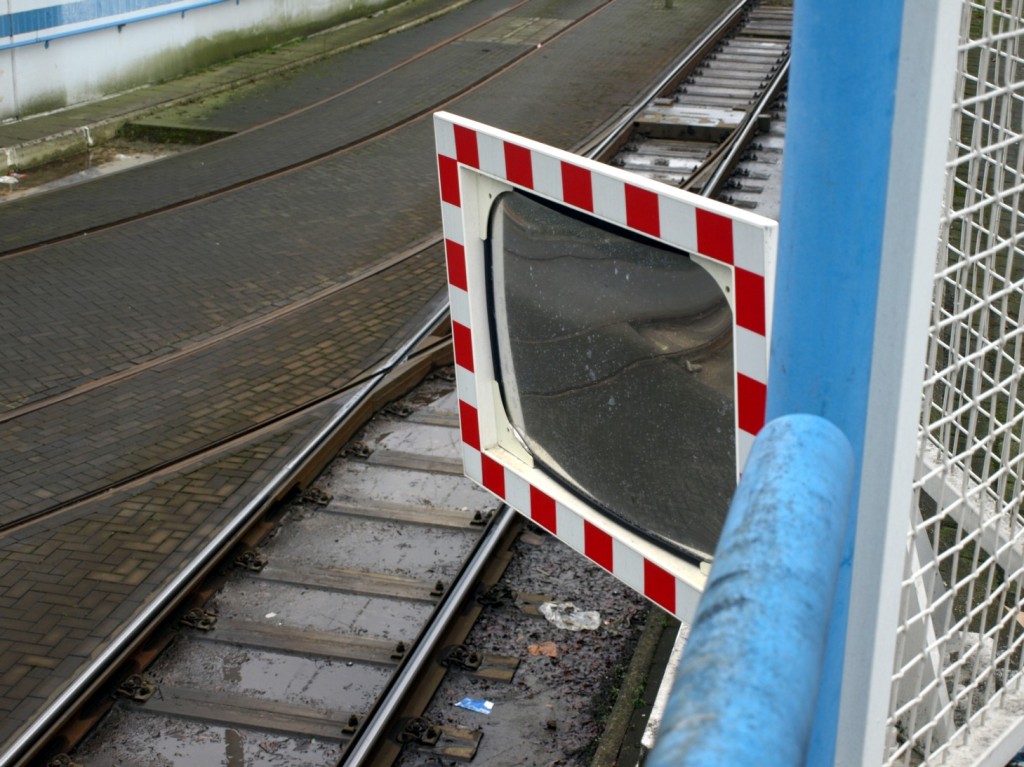 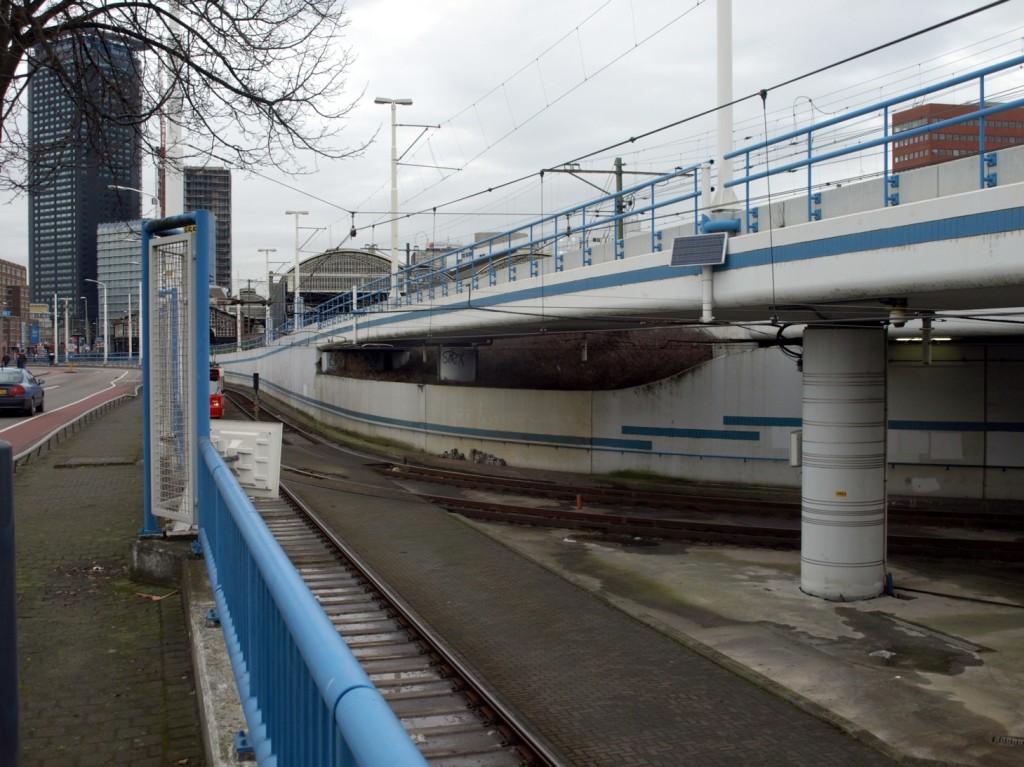 The whole complex exists of a tunnel, a viaduct and ramps.

For an anacrusis ten years may be a bit long but LhGWR has probably found itself cocooned in its gallery and wants to fly out now like a butterfly. 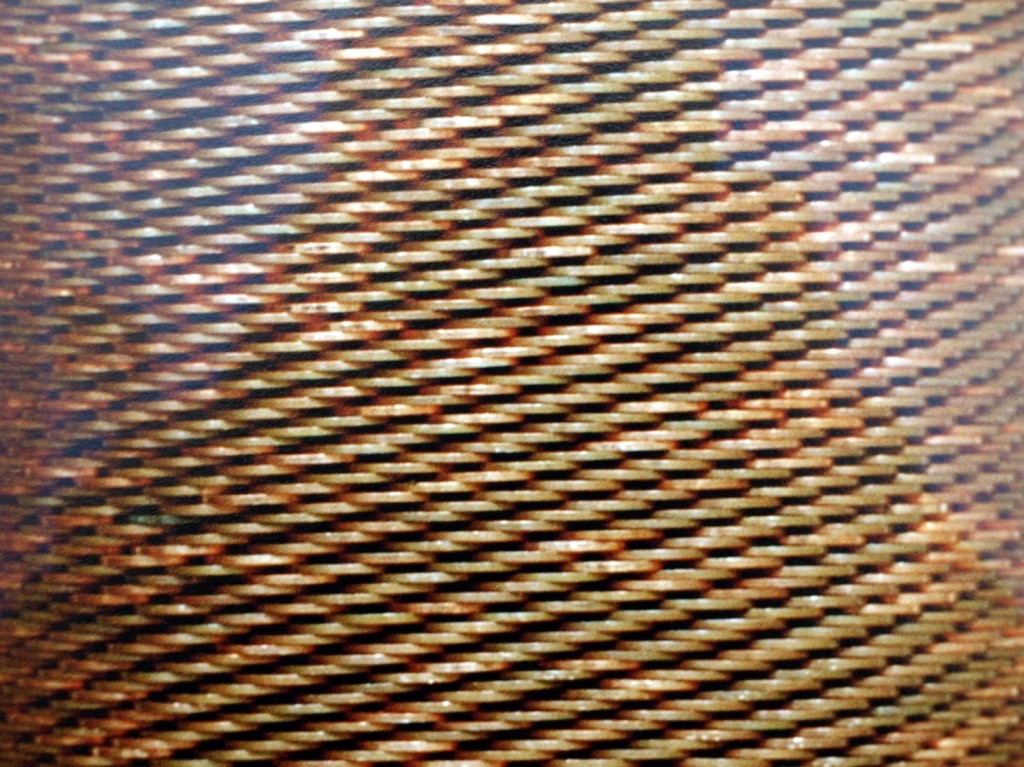 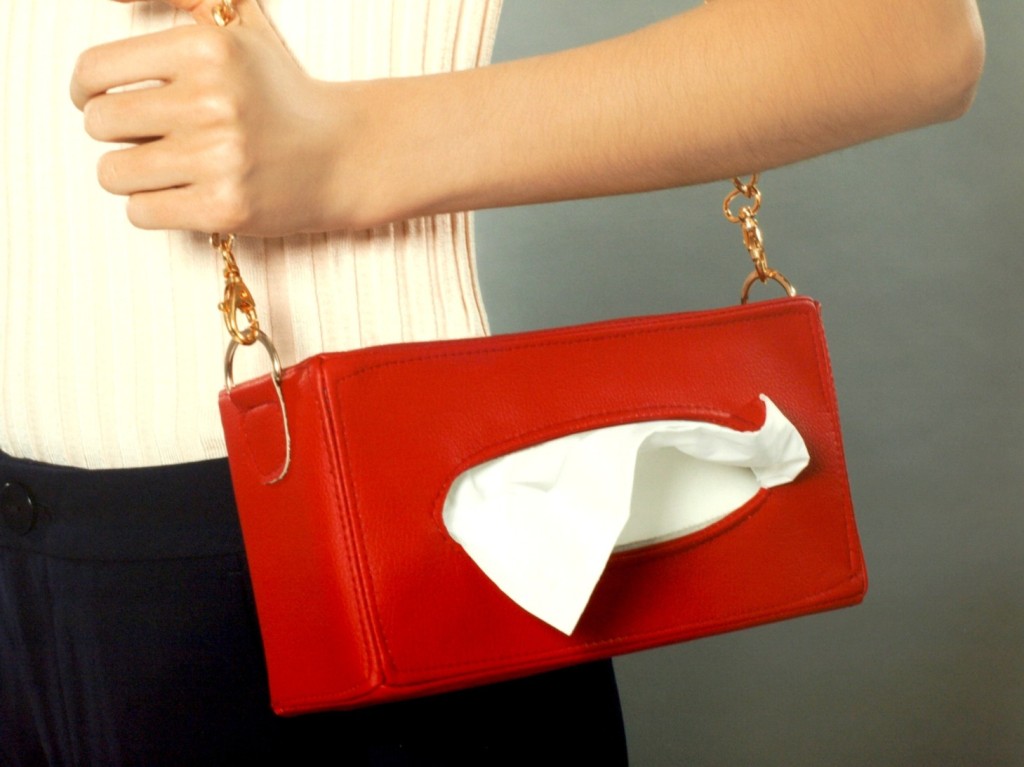 Of course that should be respected, but on the other hand it is a bit sad to see a good platform for photography go, as this is LhGWR’s last exhibition in its gallery. 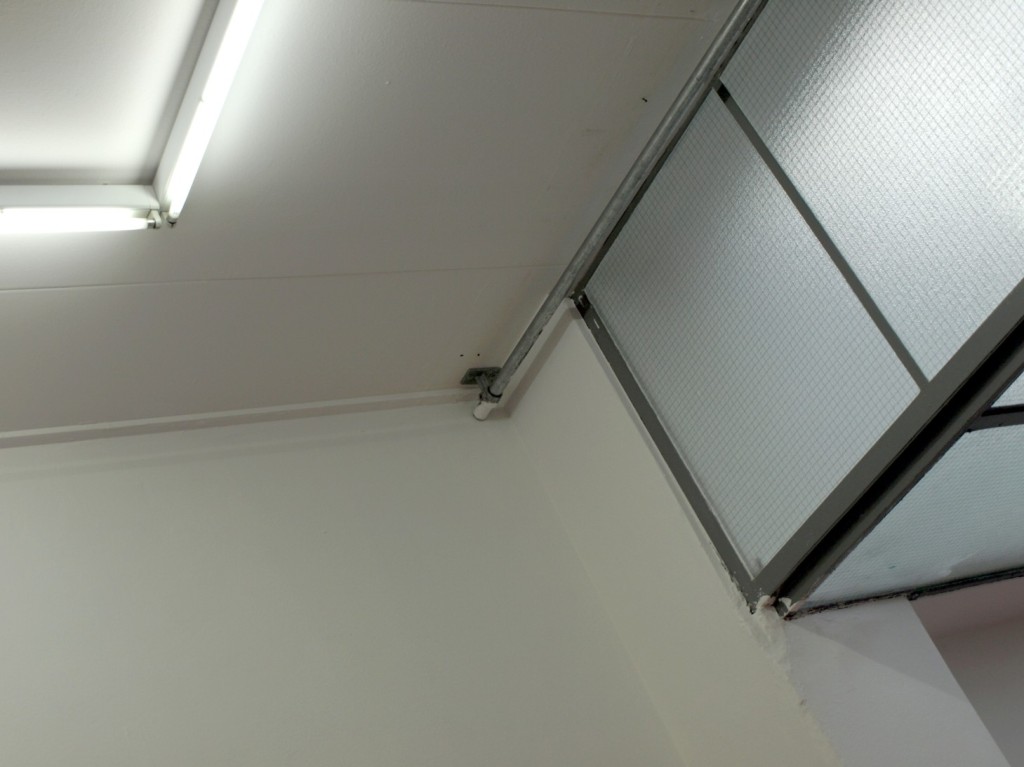 It is sad because LhGWR like no other place in The Hague, and like just maybe a few other places in the country, has shown its audience what style is in contemporary photography. 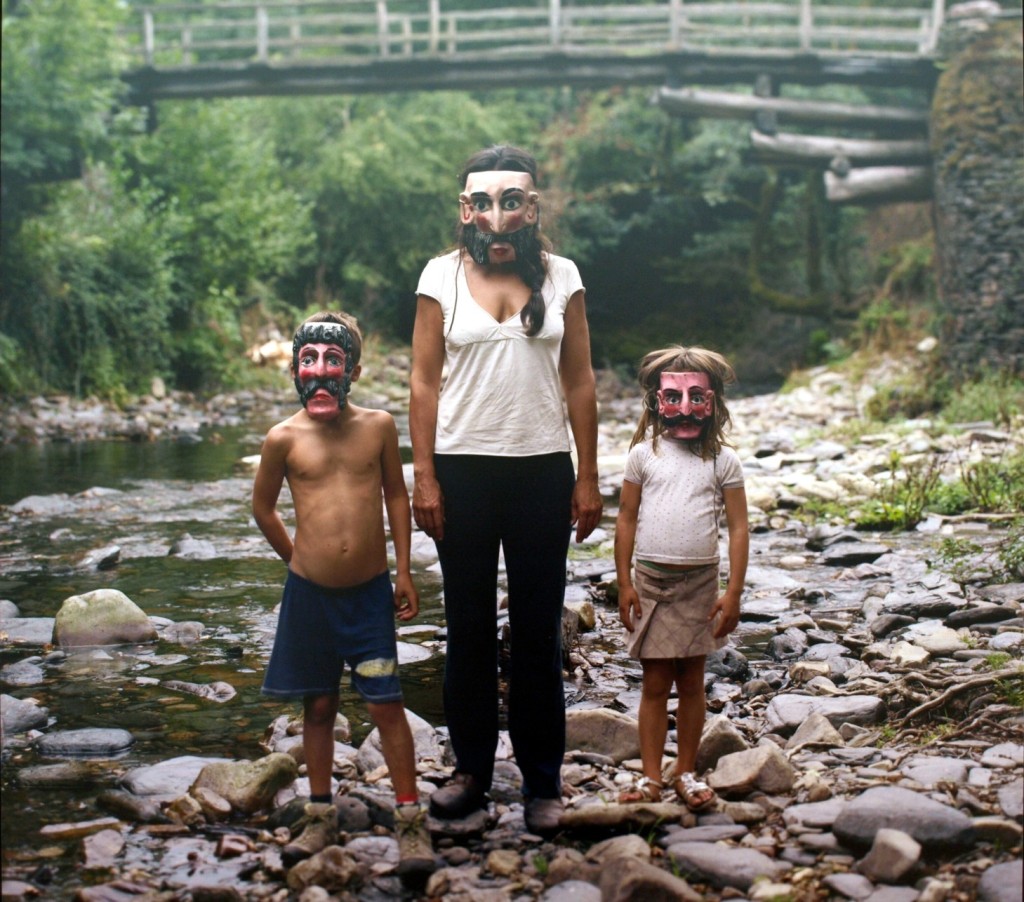 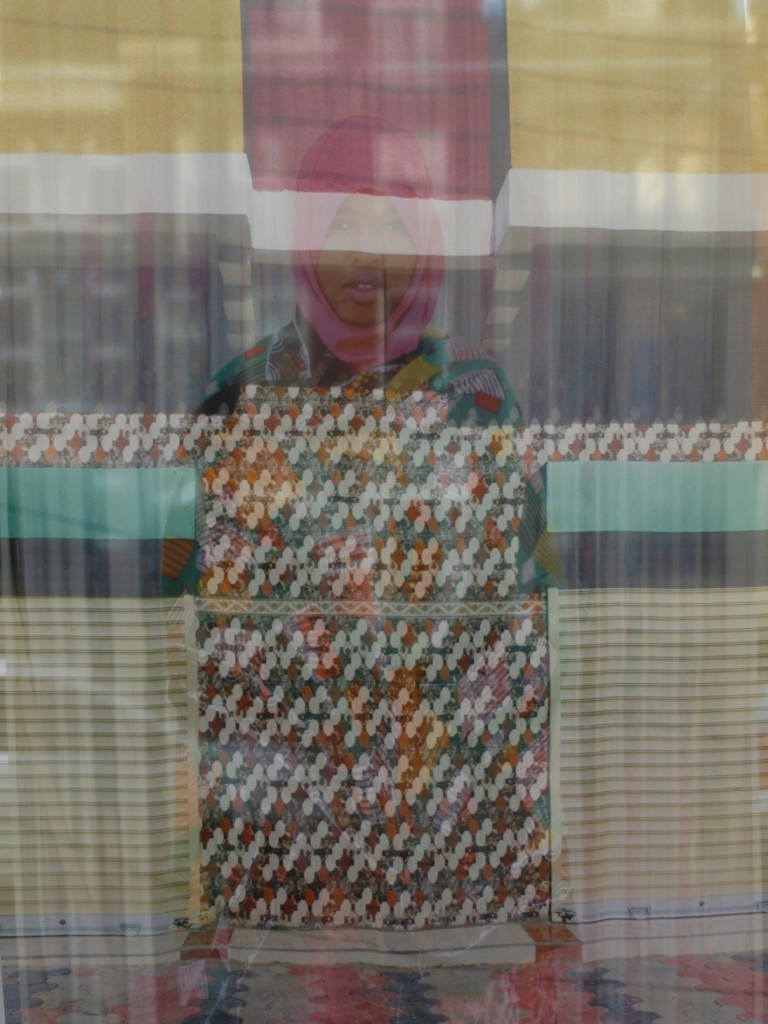 Style in photography is not stylishness or an aesthetic hype; it is a way of finding balance in a chaotic world, basically by means of looking through a lens.

Photography, as such, is a reflective medium par excellence, both technically and philosophically.

In this last bow LhGWR shows works by ten of its artists with whom they have intensively co-operated through the years. 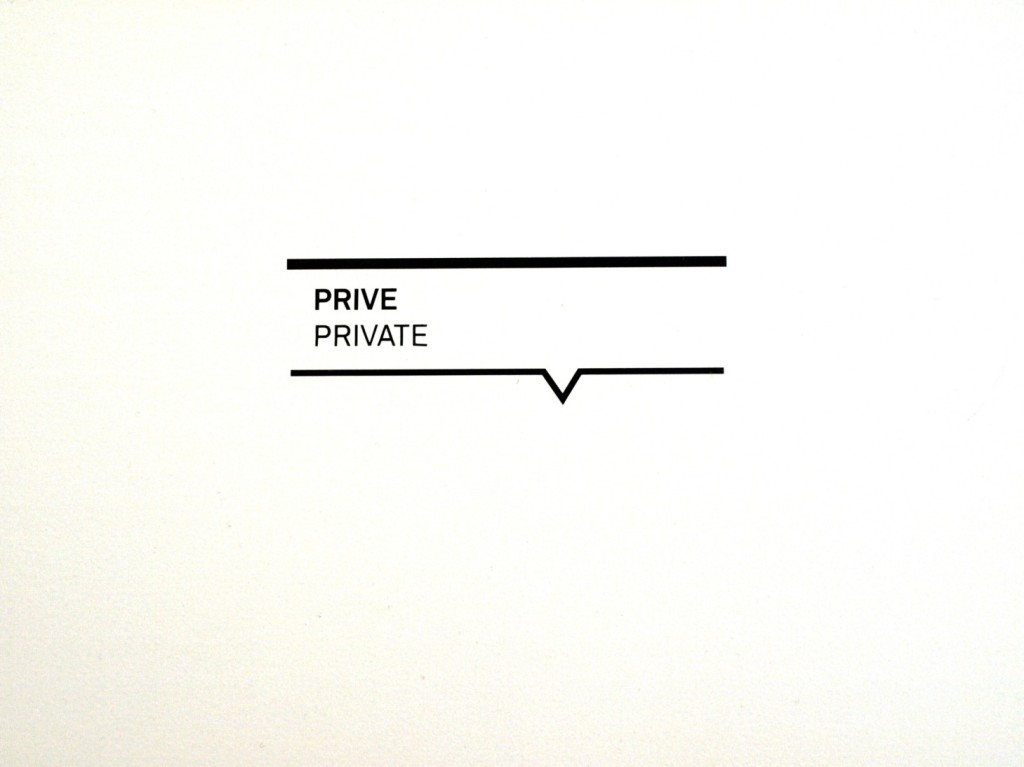 The exhibition lets the works speak for themselves without bothering much about names and titles (so i stick to that same principle in this case), but to regular visitors they will be recognisable or even familiar. 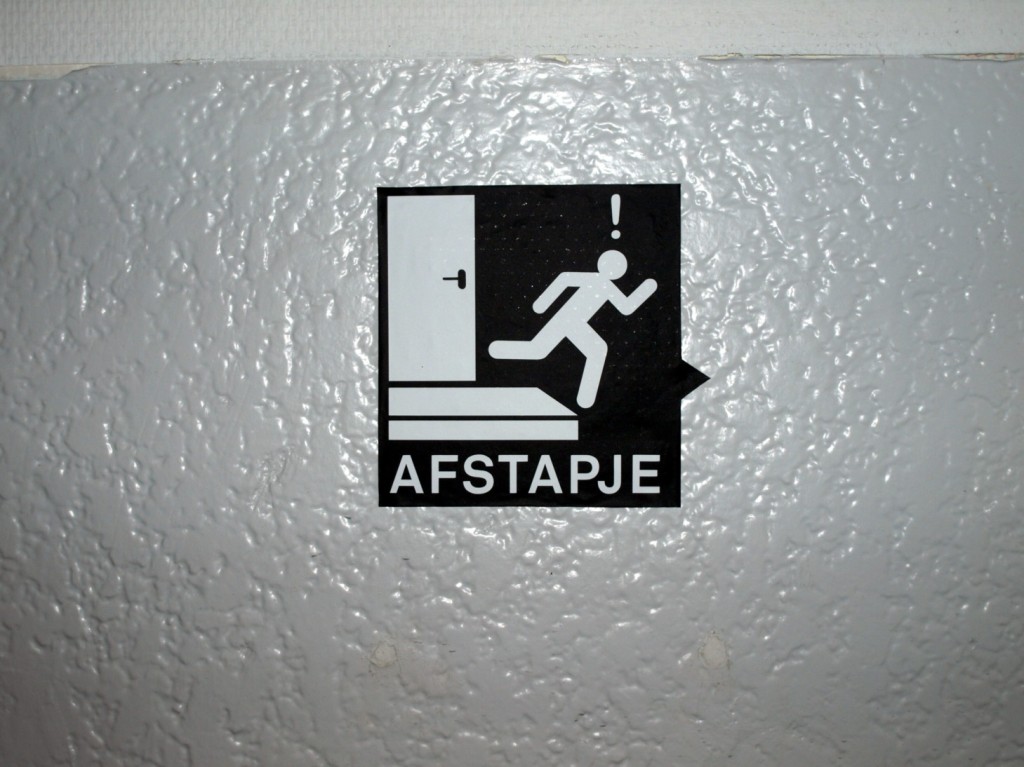 In the mean time i hope to see and hear more of future initiatives by LhGWR, maybe even in this village of pomp and rubbish. 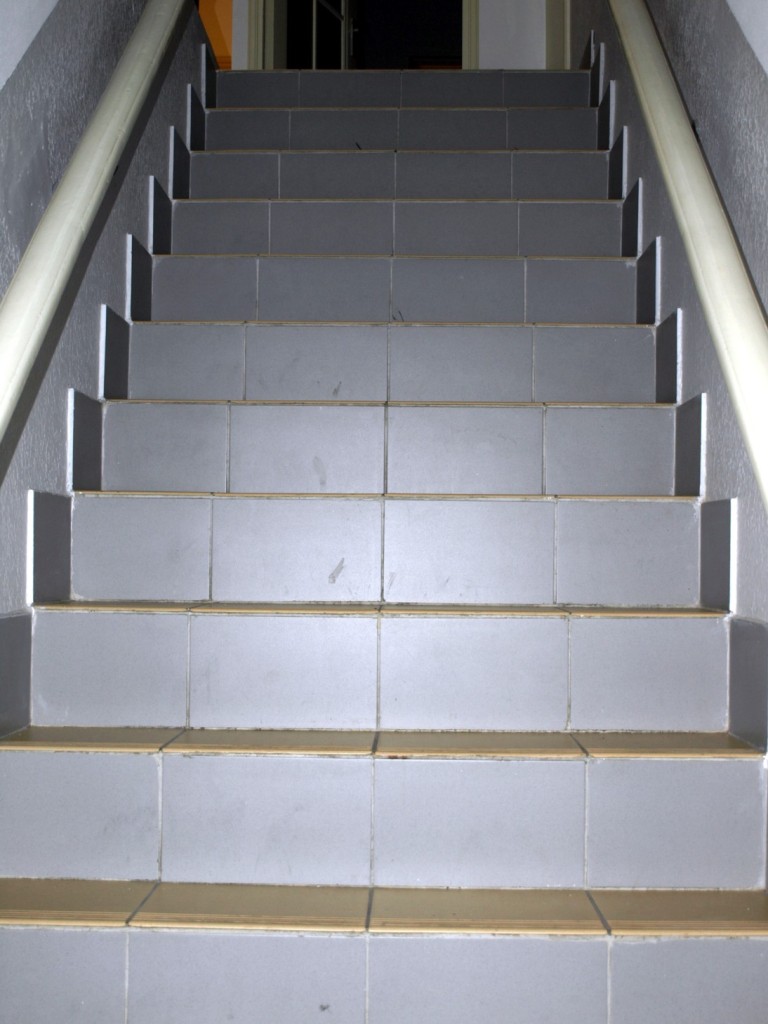 Contents of all photographs courtesy to the artists and to LhGWR, Den Haag

Postings about LhGWR in Villa La Repubblica (in Dutch): https://villalarepubblica.wordpress.com/tag/lief-hertje-en-de-grote-witte-reus-lhgwr/

E-Witness is a one week event organised in co-operation with amongst others the artist initiative Art Ze-An from Seoul, South Korea and Theatre of Wrong Decisions from the Netherlands and hosted by the Institute of Social Studies (ISS) and Quartair.

Quartair has the exhibition part.

The show reflects on the role of women in war.

According to the exhibition text the cardinal question is “How can we analyze mechanisms of power and abuse both from the past and the present, towards the future?”

As usual the way to find an answer is more interesting than the answer itself.

It results in an interesting exhibition with works varying from very expressive to very hermetic.

The works by the Koreans reflect, as far as it is manifest, on the victim role of Korean women during the Japanese occupation and the Korean War.

With such a heavy and still open historic trauma it is probably difficult not to reflect on.

As such the danger is that too little attention is given to the present position of women in war, or even at war, and to a diversion from the victimhood that is too narrow a focus to assess the role of women (or others) in war.

Most works are interesting, but some need more explanation.

For instance, the untitled video work by Min Cheol-hong looks quite wonderful but what is the connection with the issue?

Even one of the most beautiful works in the show, Bouquet of Memories by Kim Su-hyang, surely has more to say than just itself.

The works are still on show over this weekend.

Contents of all photographs courtesy to the artists and to Quartair, Den Haag 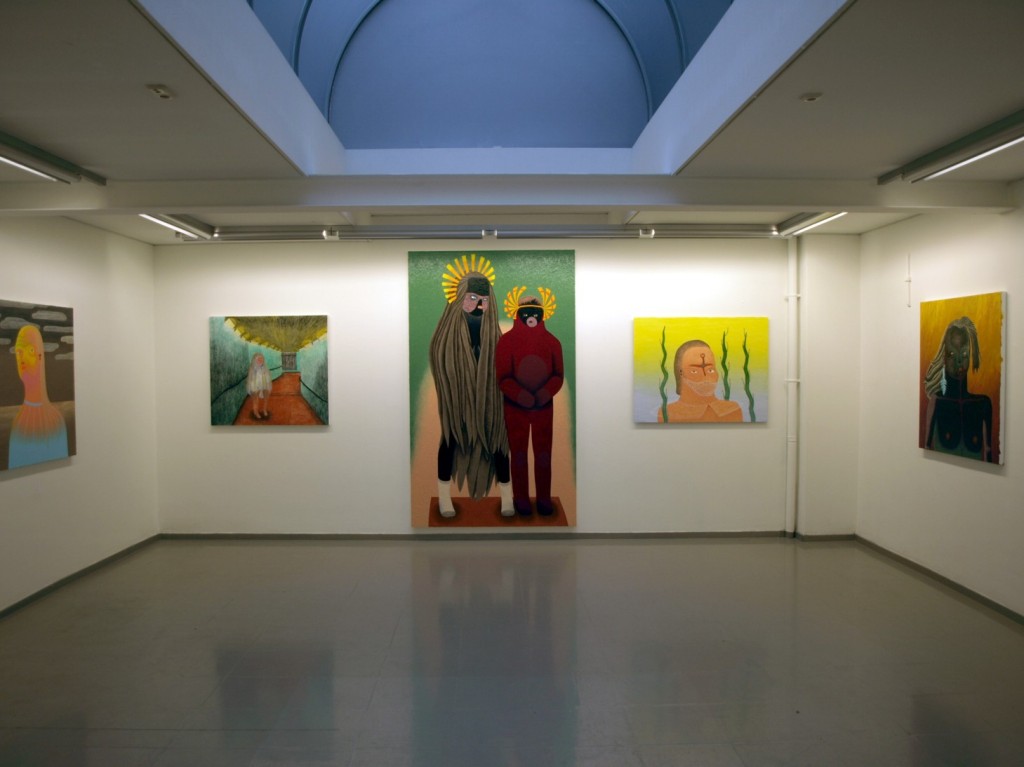 Two years ago Anne Forest (1983) had an exhibition in Heden about which i wrote that her work had “matured considerably,”  that her style was “immediately recognisable” but “also manoeuvrable.” 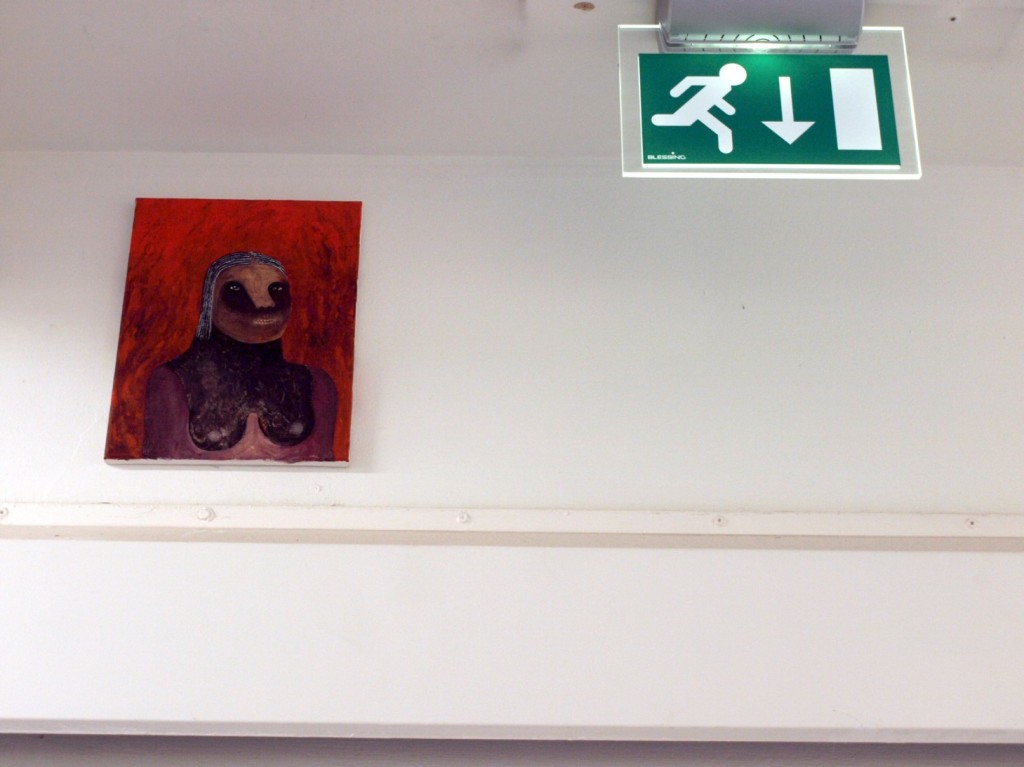 Well, in her present show at Heden one could say she is still manoeuvring at different levels. 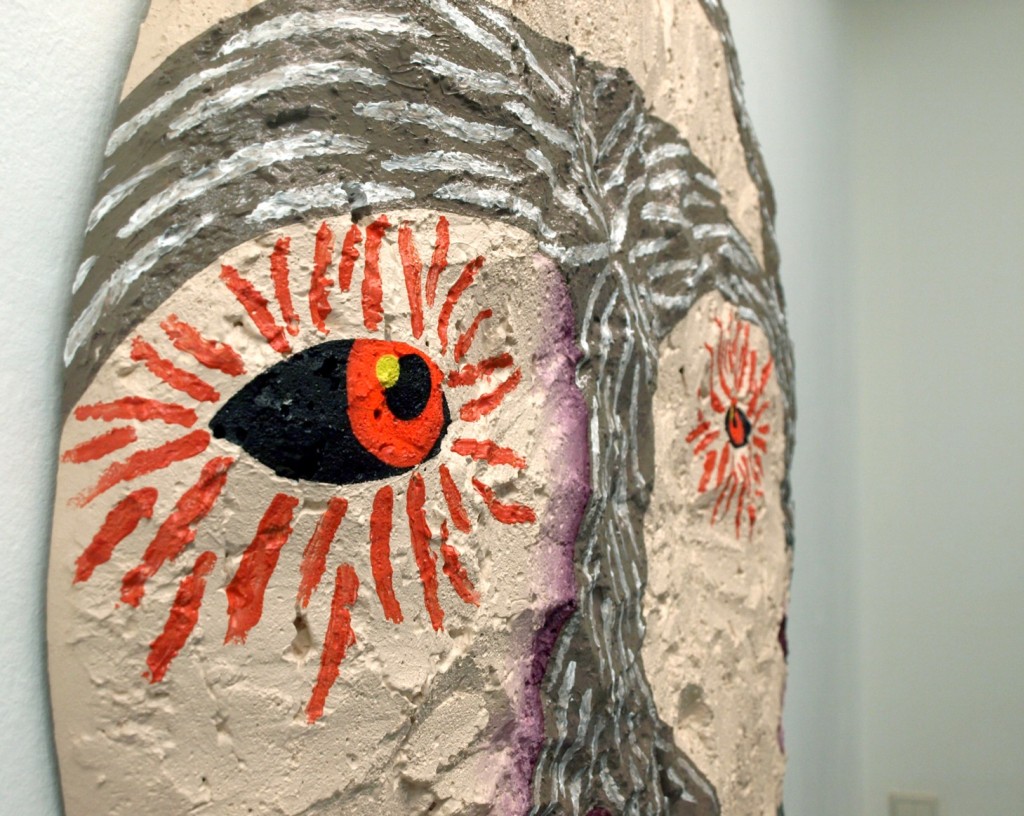 In two paintings she seems to make more of a perspective space around her figures and there she enters uncertain terrain that seems to be alien to her icon-like style.

Are these the margins of her style?

That is all the more important as her best works create a space of their own around them by themselves.

Content of all pictures courtesy to Anne Forest and Heden, Den Haag 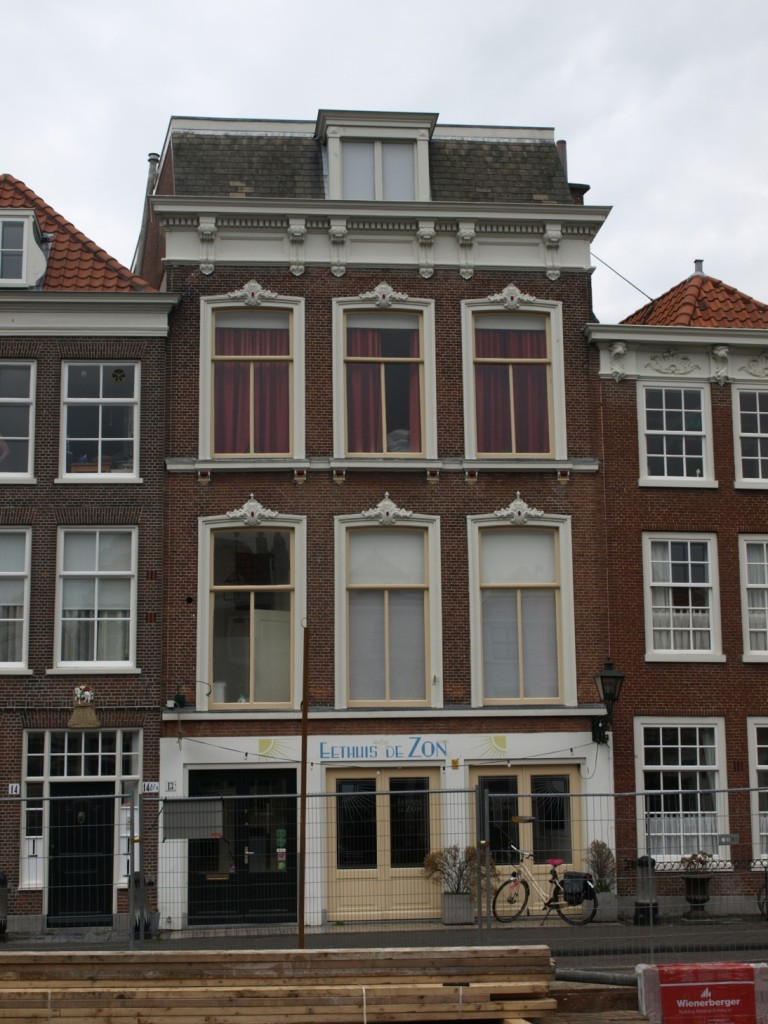 Façade of an apartment block, Dunne Bierkade, originally first half of the 19th century.

It underwent some changes, most notably in converting the ground floor into a restaurant. 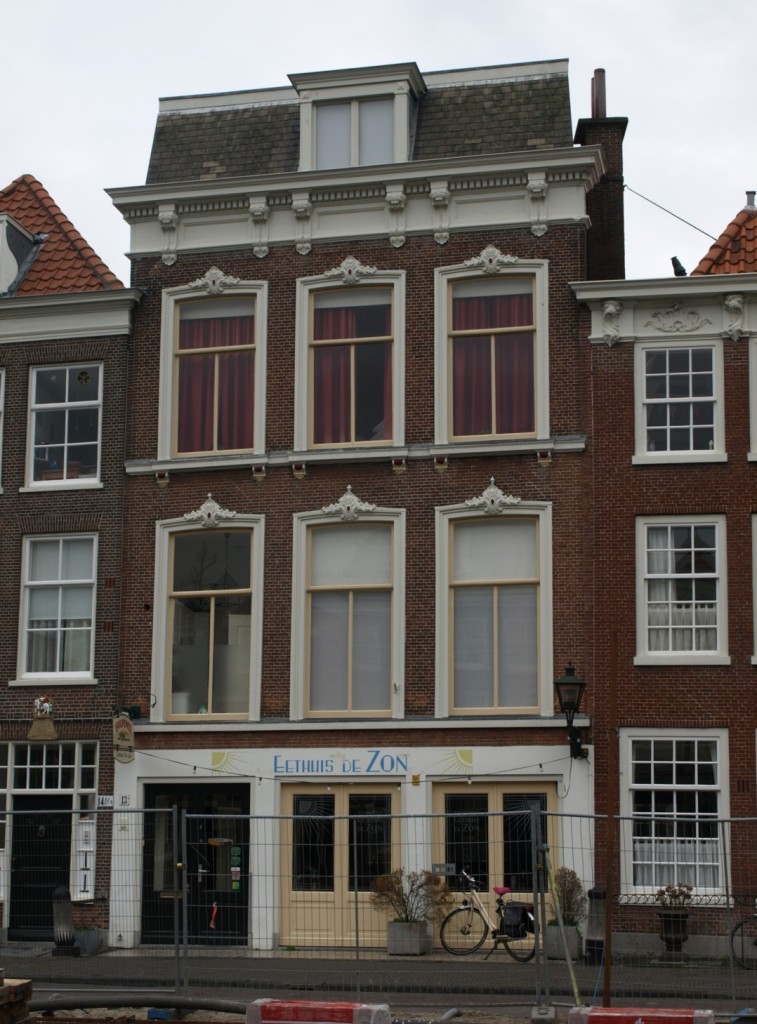 For a long time the house served as temporary lodgings for the homeless or the penniless and its ground floor as a restaurant for the less well to do.

Since 2009 it housed the reputable vegetarian restaurant De Zon (The Sun), which closed its doors last summer. 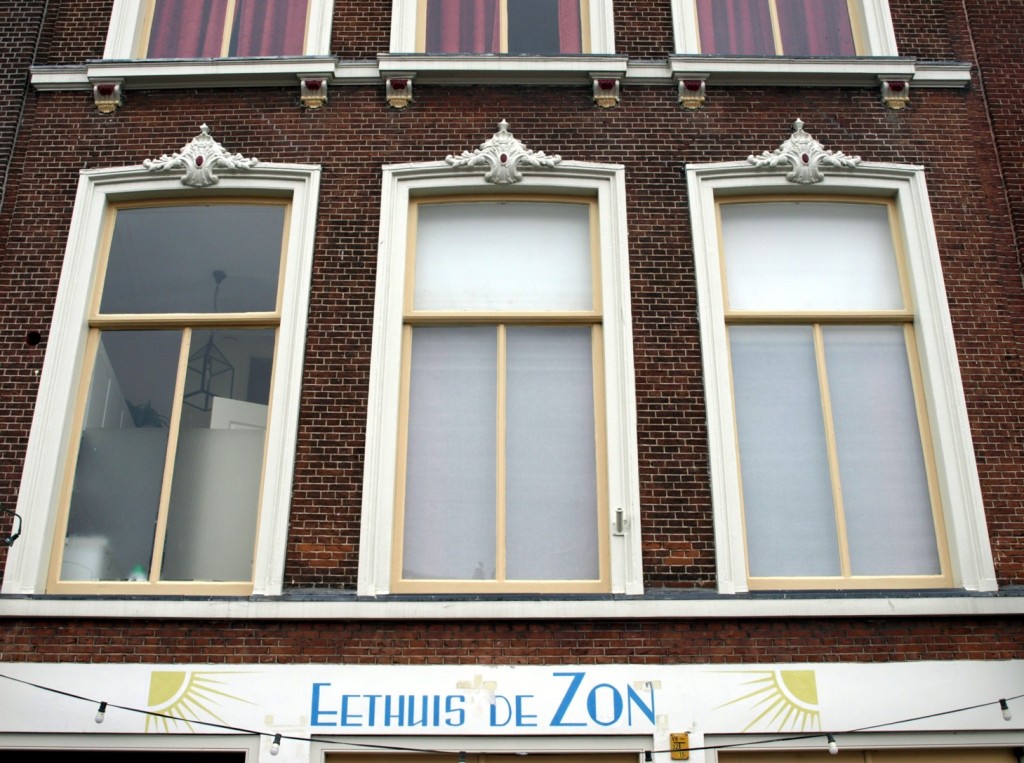 It has been replaced afresh by a new restaurant recently.

The Russian-born French sculptor Ossip Zadkine (1888/90-1967) has a special relationship with the Netherlands, in particular with Rotterdam, where his monument The Destroyed City, placed in 1953, became the ultimate modernist war monument (click here to see some pictures of the monument in situ).

Presently a prestigious retrospective of his work is on show in Museum Beelden aan Zee.

Zadkine is clearly the proverbial artist of the second quarter of the 20th century with a lot of expressionism and cubism and a touch of Modigliani in his portraits.

As such he was an inventive craftsman and a prolific artist, and there is a lot to be admired in the show.

However, his prolific output also makes his work a bit predictable which becomes clear in this exhibition of one hundred works (!), crammed into this otherwise very spacious museum.

The presentation is more or less chronological in a kind of makeshift galleries and more loosely arranged in the left over open space, an approach that tries to bring some order in this forest of sculptures.

As such the presentation lacks good sightlines which might have expressed the special qualities of certain works in dialogue with each other.

What lyrical power the individual works may have, is destroyed by this massive, wholesale approach.

However, for the aficionados who just want to see a lot of Zadkine this is probably their best chance.

Content of all photographs courtesy to the estate of Ossip Zadkine, all owners and to Museum Beelden aan Zee, Den Haag

I went to All Power to the People! at West, an exhibition about the Black Panther Party, its newspaper The Black Panther and its designer and illustrator Emory Douglas (1943), to write a review for Villa La Repubblica. Click here to read the review (in Dutch).

Here are some impressions of the show (as far as the dark season allowed me to produce them).

As i have written quite extensively about the exhibition in VLR, i leave you here with these pictures, but of course it is better to go there and take a look yourself. 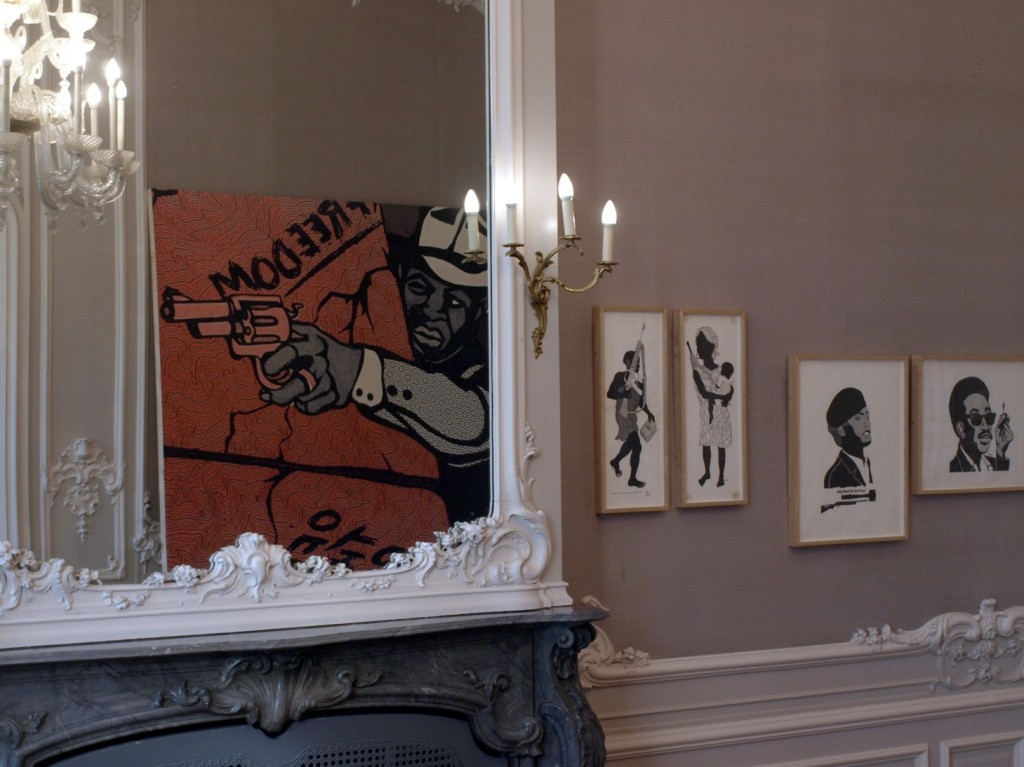 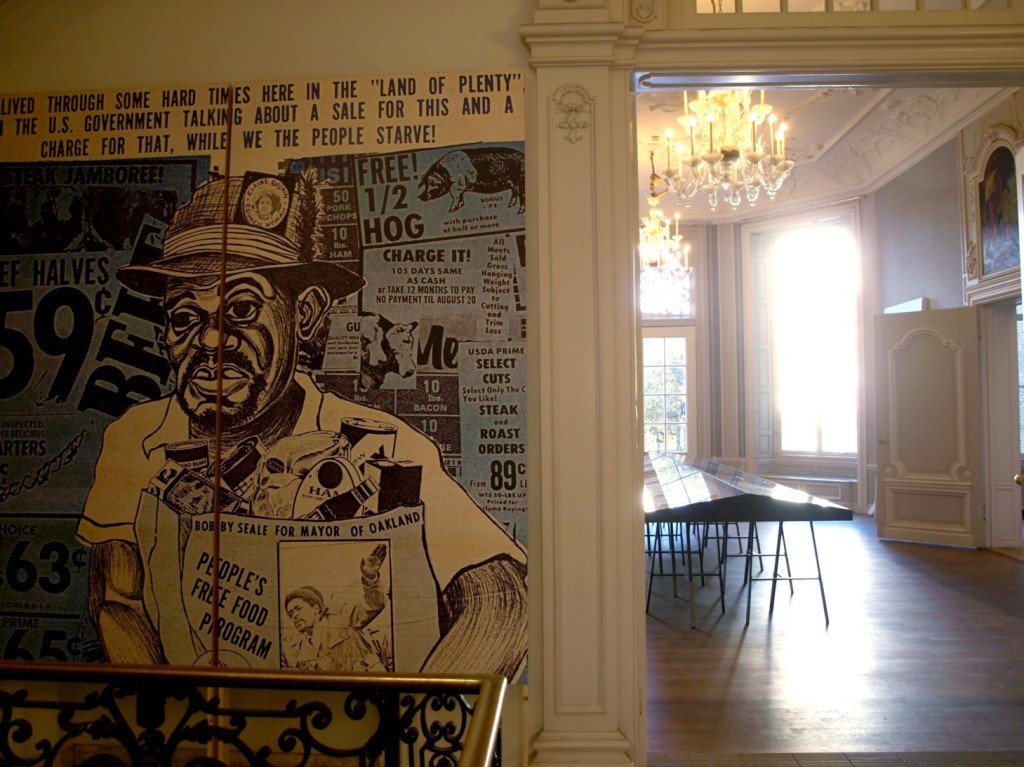 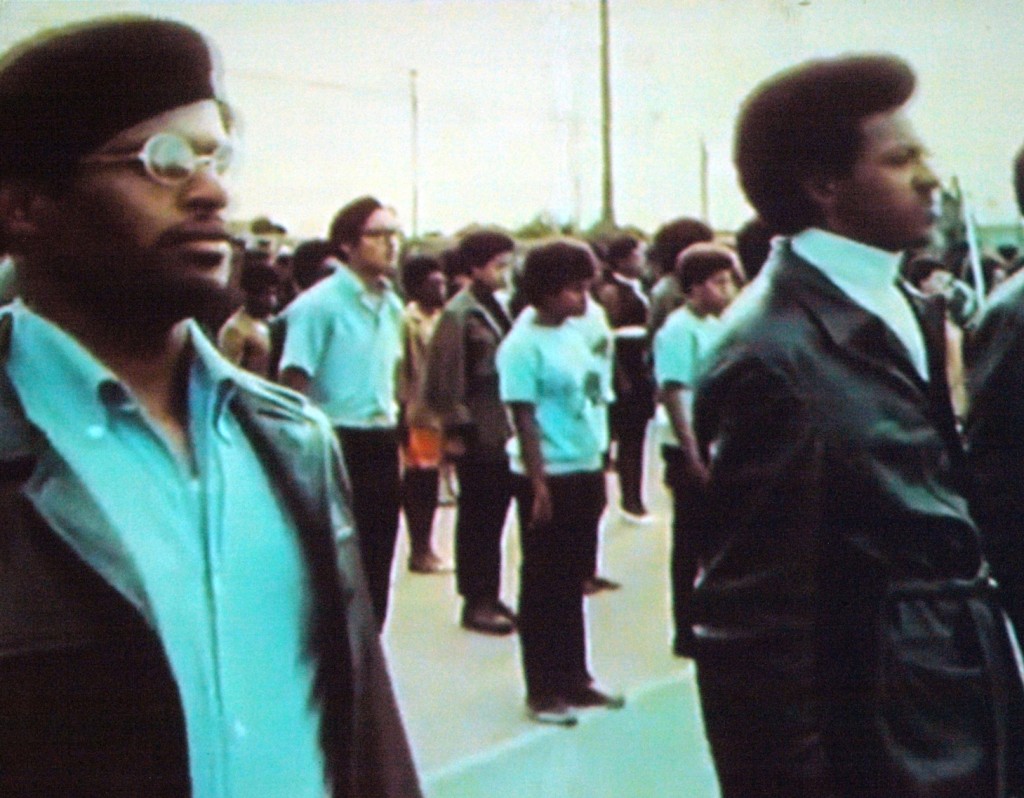 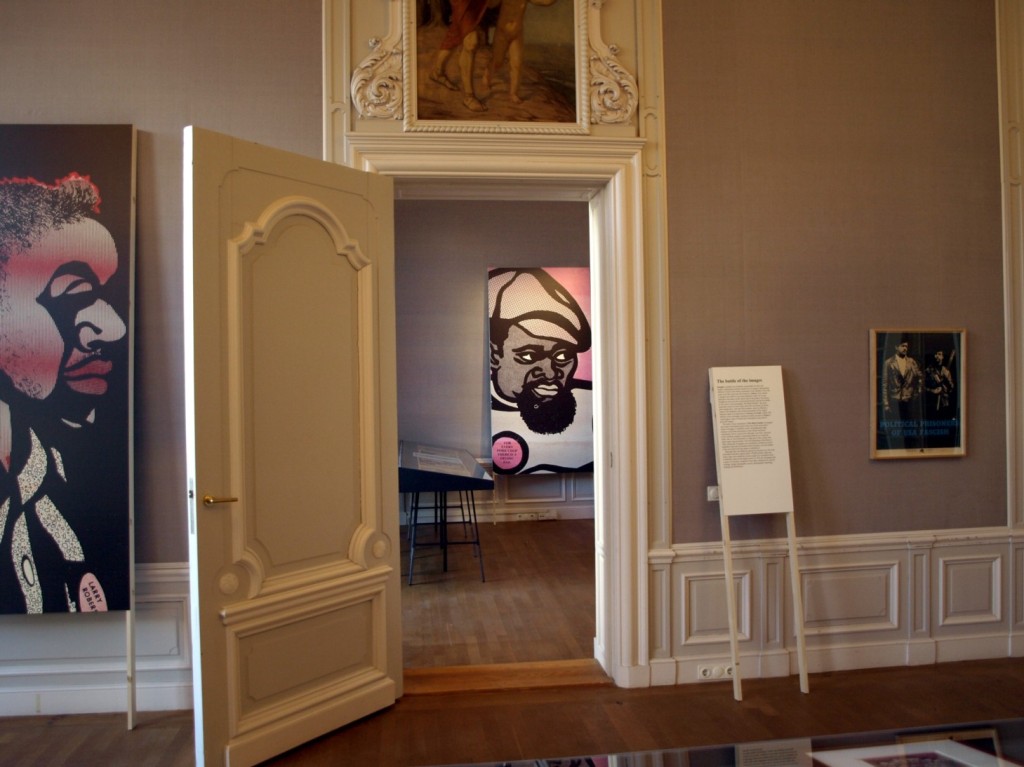 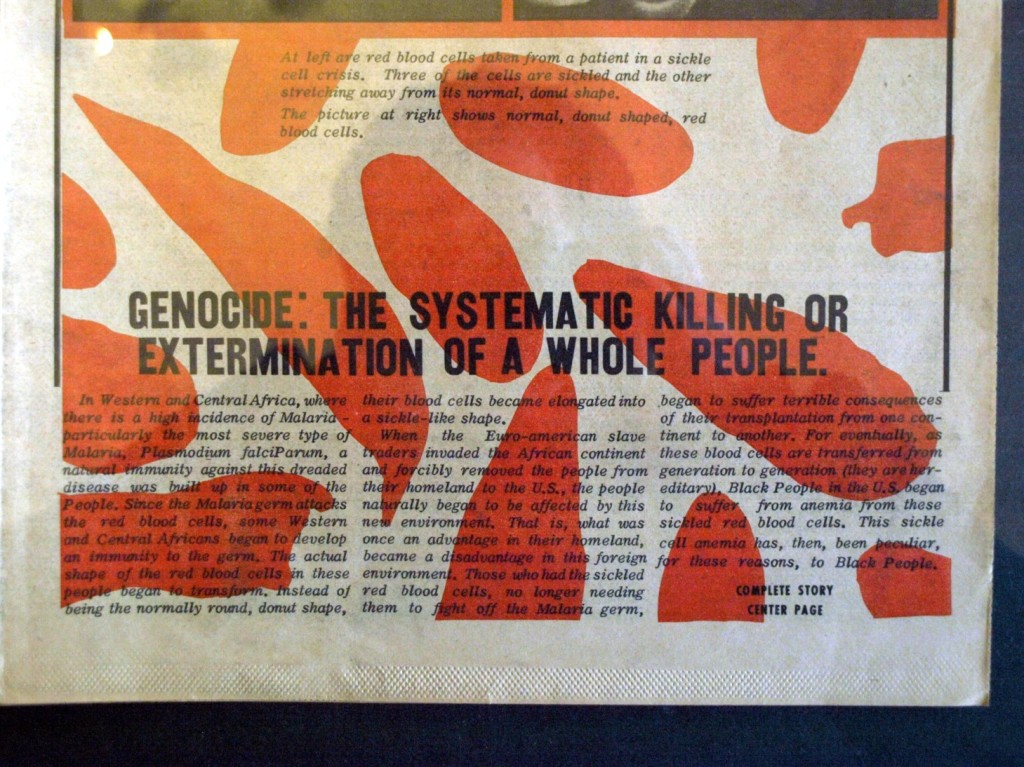 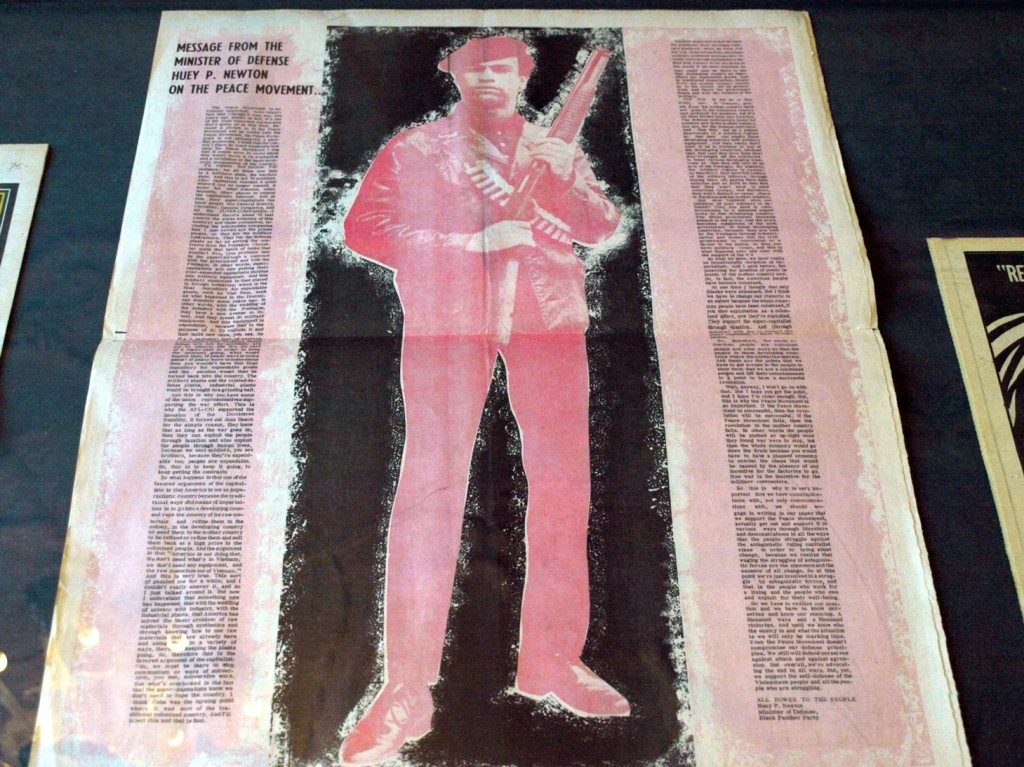 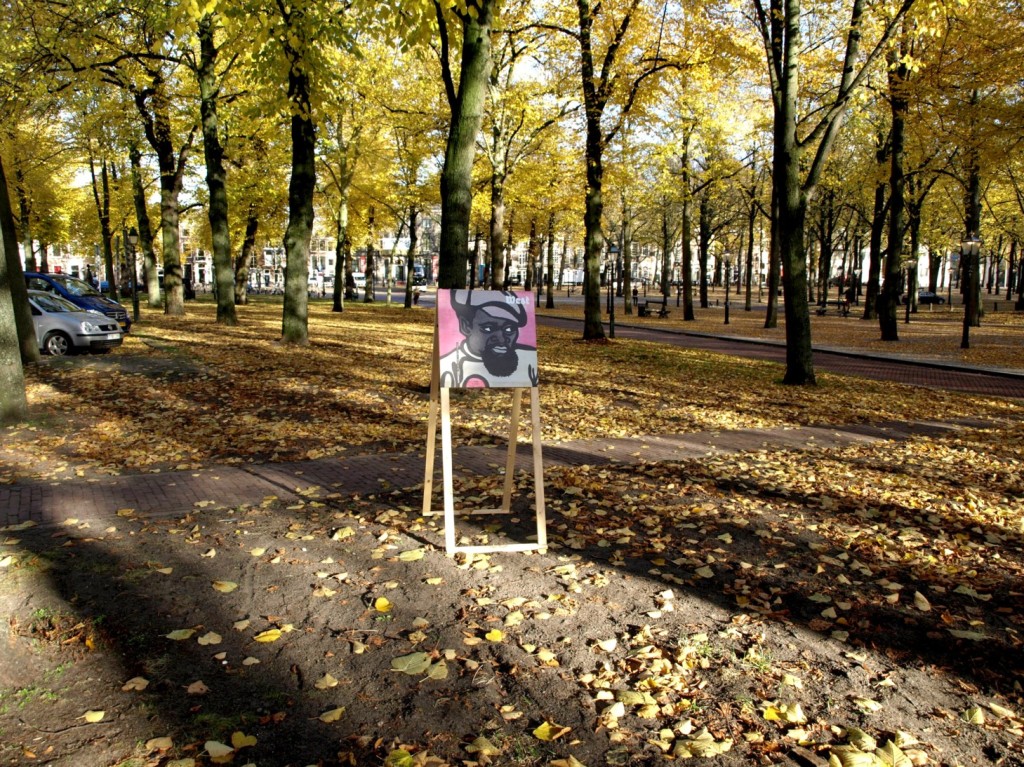 Content of all photographs courtesy to all parties concerned including Emory Douglas and West, Den Haag.

Probably the best word to describe the works of the present exhibition at Maurits van de Laar’s Gallery is ‘awkward,’ but in a very positive way.

One could also define it as radical theatricality; the crumpling of her subjects by Marjolijn van der Meij (1970), the exaggeration of her scenes by Shary Boyle (1972), the intensifying of the interaction between her actors by Susanna Inglada (1983) and the firm anachronising of the present day and the First World War by Cedric ter Bals (1990).

In the front gallery especially Van der Meij steals the show with her crumpled Arcadian kitsch presented on shiny silk, extremely over-the-top in a way that it becomes extremely down-to-earth again.

In the lower part of the gallery Ter Bals makes a colourful carnival of death, destruction and reincarnation.

Contents of all photographs courtesy to the artists and to Galerie Maurits van de Laar, Den Haag

Built during the first half of the 1970s, it is a typical example of modernist property development architecture. 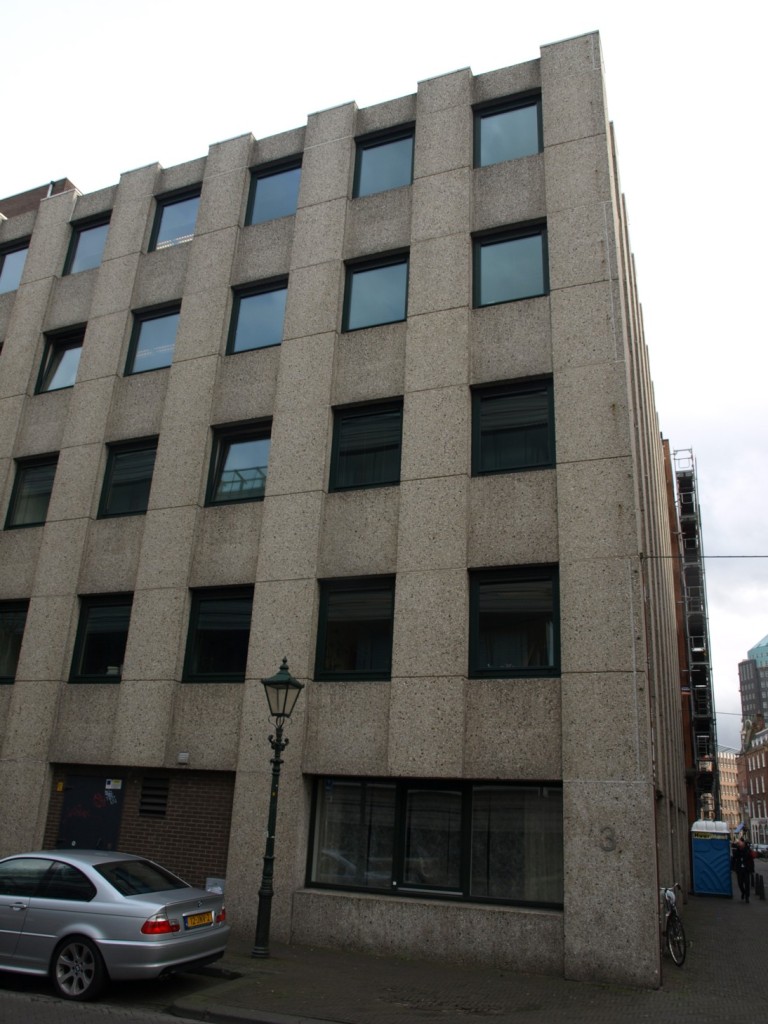 It is anonymous and simple in its concept, not designed for a certain public function, but as a skeleton to earn money with. 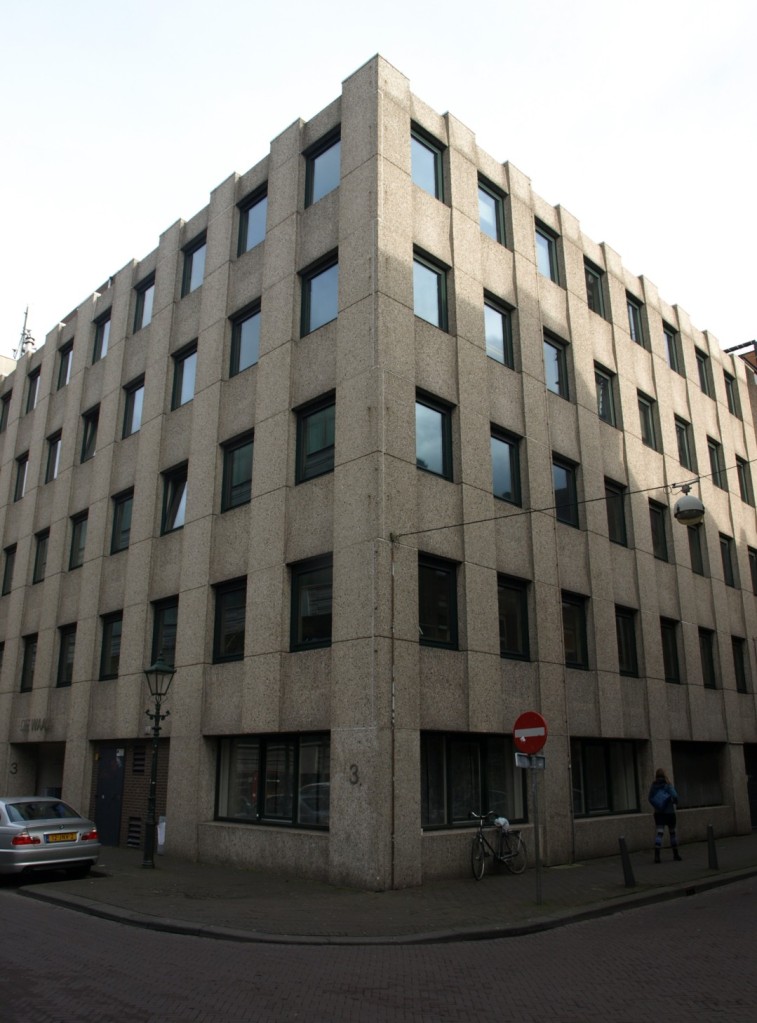 In spite of that there is a quaint kind of elegance in the façade with its regular relief-like vertical ribs.

It’s a pity the surface of the concrete has got a tan; originally whitish grey, now it is like essentialist modernity’s old age (also with the somehow very postmodern quasi-old fashioned lanterns, placed more recently on the pavement).

However, in Billytown’s new gallery space they seem to be the perfect trio to open a potentially challenging program of exhibitions.

The emphasis of the show is characteristically on the merging of making and thinking and its spatial consequences.

All three artists focus both on the overall impression of their works as well as on the details.

Conceptual thinking is mixed with the possibilities of the used materials, in Jatkowski’s case even acoustics and video.

The day i visited to make these photos the autumn weather was grey and gloomy, which made it next to impossible to make some clear pictures in spite of the building’s  big windows.

On the other hand, it gave the works and the space a more monumental and concise character.

On the whole it is a very promising first show in a new chapter of Billytown’s existence.

Content of all photographs courtesy to the artists and Billytown, Den Haag